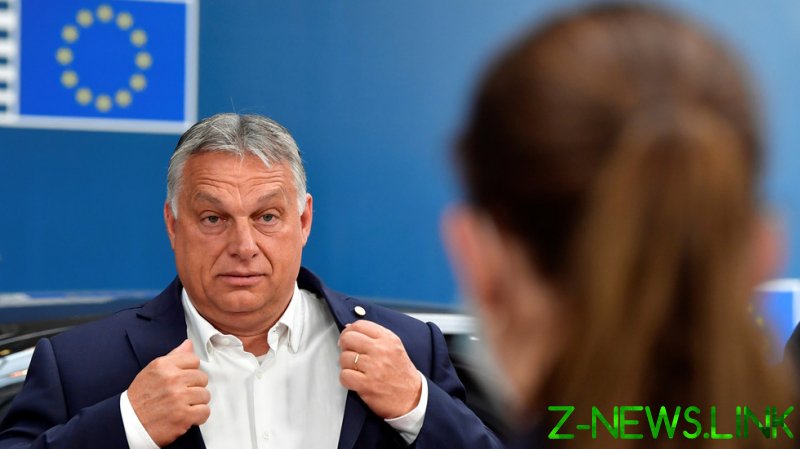 Orban called for Jourova’s resignation in a letter to Commission President Ursula von der Leyen, which was published on Tuesday.

“According to the vice president, in Hungary a ‘sick democracy’ is being built,” Orban said.

EU leaders have in recent months criticized Orban over moves that they believe put the judiciary, media and academics under more state control. Speaking with Reuters on Friday, Orban denied undermining democracy.

The European Parliament also singled out Poland, claiming on September 17 that the situation surrounding the rule of law there has seriously deteriorated. Some European politicians have long called on the bloc to tie EU funds to adherence to the rule of law. But Poland’s Justice Minister Zbigniew Ziobro said Warsaw will oppose any such plans.

Nevertheless, an EU investigation is continuing into Hungary and Poland allegedly “undermining the independence” of the judiciary, media and non-governmental organizations.

Brussels will soon discuss an EU report on the rule of law, but Hungary’s Foreign Minister Peter Szijjarto believes it will be a political statement, rather than any well-founded assessment.

Budapest and Warsaw in turn are setting up a joint institute to assess the state of rule of law across EU member states so that they are “not taken for fools” over allegations of rule of law breaches, Szijjarto said on Monday, lamenting that he’d “had enough of some western European politicians using us as a punchbag.”