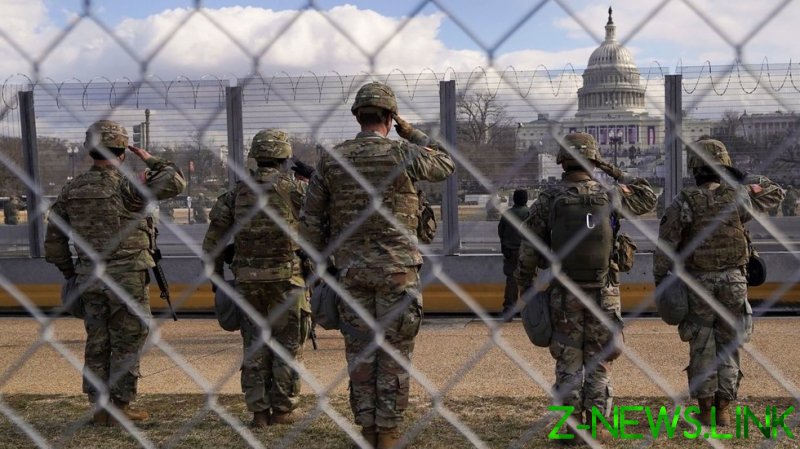 What happened during the storming of the Capitol by an angry mob earlier in January was “wrong” and “criminal,” Saad told a RT podcast hosted by Ben Swann. It still does not warrant flooding Washington with tens of thousands of National Guard members for President Joe Biden’s inauguration, said the professor at Concordia University in Montreal.

Neither does it warrant labeling literally every single Trump supporter a “domestic terrorist” – something Saad believes the Democrats are very much inclined to do now.

Despite retaining the House and getting a majority in the Senate as well as winning the White House, the Democrats are still acting as if on the defensive. According to the evolutionary psychologist, their ideology might be the reason for such behavior.

“The reason why the Democrats are not happy with having won all of the seats of power is because the existence of the other camp is an affront to them. Ideologues always behave this way,” Saad told RT.

“It is not enough to win. You have to destroy the enemy. They should not exist,” the professor explained, adding that the Democrats and their supporters apparently believe that no “sane” person could support Trump and those that still do should literally be “deprogramed” to see him as evil.

Now, according to Saad, the Democrats and at least the most ardent of their supporters believe there is no way of treating Trump supporters other than “pathologizing them.”

Instead, it is the Democrats themselves that are in the thrall of “ideological parasites” or “idea pathogens,” believes Saad, who authored ‘The Parasitic Mind: How Infectious Ideas Are Killing Common Sense.’

The idea of pathologizing wrongthink is something that has been found in many different totalitarian societies.

“That is dreadful, that is horrible and for someone who comes from the Middle East, I am truly disheartened to see intelligentsia speaking in such reckless manners,” said Saad, who had fled to Canada from the civil war in Lebanon.

Down a violent path

Stoking fears and anger in society is not a sustainable reality, nor a sound political strategy, Saad warned. Promoting intolerance of any group within a society for political or other reasons could end up in a disaster, said the professor, calling for a healthy discussion instead of “hysteria.”

“Calling your next door neighbor, who is a white male and who voted for Trump, a domestic terrorist is not going to result in any good downstream effects. There are only two options: either we are going to resolve these issues peacefully through the battle of ideas, or, in 10, 15, 20 or 100 years, we will resolve them violently. Every day I fear we are heading down a violent path,” said the professor, who blogs at ‘Psychology Today.’

Saad said he saw something similar back in Lebanon, where society was divided along sectarian lines and was eventually thrown into the abyss of a 15-year-long civil war that resulted in estimated 120,000 fatalities in a country with just over 6.8 million people.

“Lebanon was organized and continues to be organized along religious tribes… everything in Lebanon is viewed through the prism of one’s religious identity and look what happened to Lebanon,” he said.

Saad believes it’s not the statements by former President Donald Trump or his legacy that is driving America towards greater disunity, but the “progressive” identity politics professed by the Democrats.

“Identity politics is by definition an opposite of unity, because it ghettoizes us into tribes – political, sexual orientation or skin color ones. It is an opposite of a unifying message,” he told RT.

Identity politics is a cancer to the human spirit.

If Americans truly want unity, they should “fight against the ethos of identity politics,” Saad went on. “Let’s treat people as individuals, with a totality of their merits and flaws. That is how you reach unity.”