Home / policy / Opponents of the amendment instructed to sit in silence

Opponents of the amendment instructed to sit in silence 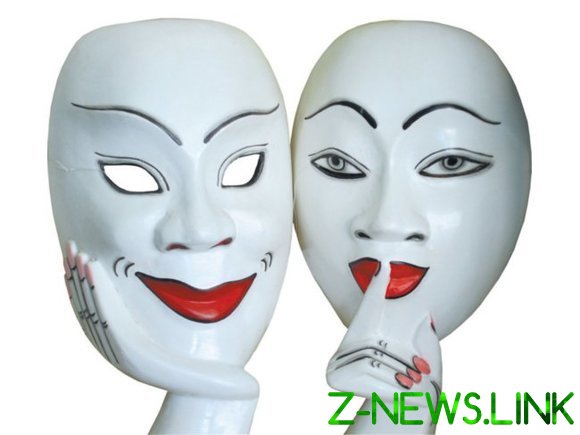 The refusal of the CEC to provide access to media for campaigning against the amendment of the Constitution makes the upcoming vote even more illogical.

Member of the Central election Commission of the Russian Federation Maya Grishina said that the law on holding a nationwide vote on changing the Constitution does not provide for agitation. May only be informed, she said. Similarly Grishina responded to the submitted to the CEC a letter to the organizers of the “NO” campaign opposed to the change of the Constitution in the direction of even greater concentration of power in the hands of the President and his ability to stay in his seat until 2036.

Responding in this way, the participants of the “NO” campaign (and their Manifesto has been signed by almost 60 thousand people) Grishina made a good application for the development of their professional careers. The power will surely appreciate its position. So it is possible that if the current head of the Russian CEC will continue to fluctuate not fully in sync with “the party line” and the resignation of Ella Pamfilova does take place, then replace her will be someone like Grishina.

Now on the merits. Obviously, if just for fun to interview a dozen well-known political scientists and political strategists that we see now on television and outdoor billboards on the subject of voting on amendments to the Constitution, they all say that this is propaganda, not “information”. Moreover, as rightly pointed out by the participants of the “NO” campaign, this is only campaigning for the amendment. Those who are against, to defend its position on the same grounds is not allowed.

When the next famous actor or a pianist, languidly peering into the soul of the viewer, tells him from the screen during the tour he sees as respect for our culture abroad, any strategist it is obvious that this is no informing, and clean water campaign. Not to mention the fact that if our culture and without having appreciate in the world, why to protect her even in the Russian Constitution? That threatens her home?

In fact, “inform” in such commercials as the time is almost absent, since no specifics they do not contain — is not called neither the article, which “informs” the famous person, nor the content of this article, nor, especially, her previous form. This is pure propaganda, skillfully beating not to the consciousness and emotions of the citizens. This is not the explanation of the essence of the amendments, and the game on the feelings of ordinary people swallowing politpiar along with his dinner.

However, deeply immersed in the television and not necessary. Just go to the website of the Central election Commission to see that the section title: “all-Russian vote on the question of approval of amendments to the Constitution of the Russian Federation”. That is, will vote for “approval” and nothing else. The very wording on the CEC website and is almost openly campaigning for it. And doing it the body which the law is supposed to stand over the preferences of the voters!

Meanwhile, the present informing the citizens about what was started all this show really needs. Because it just so happened that everything that concerns the obligations of government towards the people, is a vague abstraction. These obligations are the government takes when deemed necessary and possible, regardless of whether they are inscribed in any law or even the Constitution or not. But with regard to the rights or obligations of people in relation to the state (that is, relative to authority, mode) — everything is concrete.

A simple example. In paragraph 3 of article 67 of the Constitution (“protection of sovereignty and territorial integrity of the Russian Federation”) States that boundaries between the constituent entities of the Russian Federation “can be changed with their mutual consent.” But many, I think, is still fresh in memory of memoirs about the changes of the border between Chechnya and Ingushetia produced in spite of any protests from the Ingush. The Kremlin in this story, just quietly silent. It is clear that in the conflict between Ingushetia and a little much more important for Putin, Chechnya, the Russian President is always on the side of the latter. But what then is paragraph 3 of article 67 of the Constitution of the Russian Federation?

Continue to inform. In article 68 of the Constitution (about the culture and language of the constituent people) States that “the Russian Federation guarantees all its peoples the right to preserve their native language and to create conditions for its study and development.” However, in July of 2018 was adopted the Federal law, according to which to learn the language of the titular nation of the Republic, a member of the Russian Federation, are actually optional (only mandatory Russian language and the remainder as “free choice” at the request of parents of students).

Obviously, if the national language in the Republic of learning is not required, which means that studying it will not reduce the number of hours, number of teachers and it will gradually go out of use. That is, the languages of the peoples of the national republics are doomed this law, the inevitable dying… So again, repeat. What is the article of the Constitution, which, as the six ACE beats a Federal law enacted on behalf of the President?

Empty words will remain and the state’s obligations to retirees, which are set out in paragraph 6 of article 75 of the Constitution. It says: “In the Russian Federation… is the indexation of pensions at least once a year.” However, exactly how much they will be indexed — a word about it. That is, if, for example, real inflation is 20% and the pension index by 4%, then all right. Pensioners, in this case, obviously supposed to be comforting that the decline in real pensions by 16% (20% — 4%) will pass strictly within the framework of the Basic law…

However, when discussing strictly within the limits permitted by the CEC, informing the public of the contents of two hundred or more amendments to the Constitution, let’s not forget that most of them have a role to play smokescreen for the main. The one about which sovereign actors and pianists from the TV screen do not even mention, but for the sake of which all the fuss is about with changing the Constitution and started. Namely, for paragraph 3(1) of article 81, which shows the “reset” of previous presidential candidacies of Vladimir Putin and the possibility of re-election, starting in 2024, another two terms of six years each.