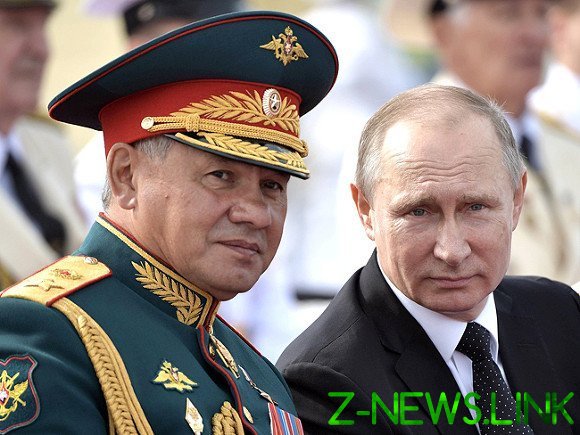 Yesterday in Moscow took place almost simultaneously two landmark performances. First, in the epidemic of the coronavirus and its economic consequences to the people, urgently appealed to the President Vladimir Putin. Surprisingly, contrary to expectations, this time from him have been almost no political statement. His whole speech was devoted mainly to councils to monitor their health, as well as listing the different measures of socio-economic support to citizens and businesses.

The only political statement of the President, although technically those too are not, became declared the decision to postpone the vote on the amendments to the Constitution for an indefinite time, which we, however, predicted in advance.

Of course, this decision Putin justified the epidemiological situation. However, it is not only and not so much in this. Initially, the same Putin has scheduled the vote on April 22. And quarantine announced a vacation in the country will last until 5 April.

The problem with the vote on the amendments to the Supreme Russian authorities now is that its main constituency, the elderly, out of fear of Contracting coronavirus might not come to the land, and people of young and middle-aged just largely opposed to amending the Constitution.

Let me remind you that the key amendments to the Basic law give the incumbent President the right to nominate his candidacy after 2024 for another two terms, six years. And that is what many young and outraged — at the country, despite the ban, a wave of rallies and pickets against these changes. And this despite the fact that while in a loud voice were not much more active in the political opposition of the authorities of Moscow.

Apparently, given all these nuances and it was decided to postpone the voting on the amendments indefinitely. Especially because legally it does not make much sense — this is not a referendum procedure described in the relevant constitutional law from 2004, and an abstraction — “nationwide vote.” That is a poll. The state Duma, the Federation Council, regional legislative Assembly, the constitutional court amendments were supported. They accepted and signed by the President.

“Russian vote” was important to Putin in symbolic terms — to get the visible support of the people, not just the elite. It was planned as a kind of bonus, the icing on the cake, reinforcing the legitimacy of the entire operation to extend the power of the incumbent. You can do without of this element, legally, the deed is already done.

But again, even the abolition of voting — a formal decision is not political, and epidemiological. 99% Putin said on March 25 had to do with medical, social and economic issues.

Now, the speech on the same day the Federation Council of the Russian defense Minister Sergei Shoigu, held within the framework of “government hour”, quite unexpectedly contained a number not typical for the head of the defense Ministry political passages.

In fact, it became something in-between the report of the Congress of the CPSU, with the traditional in such cases to transfer the success of the native Ministry, and political Manifesto of the popular Minister.

From the beginning Shoigu took the bull by the horns by proposing to compare the state of the Russian army in 2012 (i.e. at the time when he was appointed head of the military Department) and at the present time. Not difficult to guess, the comparison is not in favor of the past. The results of his eight-year-old work is just gorgeous! If in 2012 the number of modern equipment in the army was 16% at the beginning of 2020 — 68,2%, and by the end of the year will be as much as demanded Putin, i.e. 70%. Health technique was 47%, was 94%. All missile brigades went on the complexes “Iskander” in the army received more than 12 thousand samples of modern technology.

Even more inspiring is the situation with the military-Patriotic education. According to the Minister, young people just rush to military school, where the competition took off right up to 18 people in place. In addition, throughout the country branches of the youth movement Unarme involved in the education of patriotism among the younger generation.

But of course, there are those who do not want the progressive development of independent capitalism in his native country. Minister Shoigu called them. Though not by name, but rather in the abstract, denoting the villains as “Pro-Western opposition division”. And it is also understandable. In such cases, allusions and clichés are more important than facts and specific names. The activities of the “Western division”, according to Shoigu, terrible: “under the Guise of laws on media, activists are trying to infiltrate military sites, hunt for relatives and witnesses.”

Whose relatives and witnesses who (what) “hunt” these terrible people, Shoigu, observing strict secrecy, also did not say, but the following phrase it becomes more or less clear. Pro-Western opposition activists, whose name is “division”, “climb to the hospitals where our wounded are, to the cemetery, at the funeral, to the families of our dead children. Remove the inputs and outputs of our closed facilities and spread on the Internet.”

That is, if you took a picture of the entrance to the building of the Ministry of defense on Frunzenskaya embankment — all of you from the “Pro-Western opposition division”…

Of course, of these allusions it is clear that we are talking about human rights defenders and journalists. A normal person can begin to define natural in such a situation questions. For example: “what is now to visit any cemetery must obtain a certificate of trustworthiness from the defense Ministry?” Or here’s another: “What the representative of the Russian media, if he was invited by the family of the Russian military, who was killed in Syria or Ukraine? To abandon the meeting or to misinterpret what he heard?”

I would, of course, more detailed instructions from the concerned agencies on this subject, and in fact, sometimes our brother the journalist (or the journalist’s sister) behind the times, and is still governed by the law on mass media.

Sergei Shoigu, this moment, as we have seen, is also provided, saying that the activists “division” “hide behind the laws on mass media”, thus making an absolutely clear reference to senators. According to him, “this field requires further legislative regulation.”

Another allusion to the military Minister did mention the information space. It is, in his words, “today was another theater of war. Over the past three years on information infrastructure of the Armed forces were more than 25 thousand high-tech computer attacks from abroad. Every year their number increases by an average of 12%. We are ready for this fight. Of course, like assistants in the country, they had a little less”.

That is, it is necessary, in his opinion, to organize such a normal witch hunt (“helpers in the country”), because nothing else will work, since the latter is still mostly determined by eye, by loyalty, not on specific activities.

Let’s try to understand what is the meaning of bellicose statements Shoigu against the opposition, said in terms of the pandemic and the looming global economic crisis.

First, and perhaps most important consideration is that such public statements have been made at all. The military in Russia traditionally are not subject to the policy. We have in this plan is not Latin America, not Turkey or Africa. A brief period 1990-ies, when Russia heard the names of the generals Alexander Lebed and Lev Rokhlin is rather an exception (not to mention the fact that both are known to have been in politics too long and did not die a natural death).

Accordingly, if senior military official holding the post of defense Minister, makes a public political statement, it can only mean that they were agreed them with his direct chief — commander of the Armed forces and part of Russian President Vladimir Putin. But why?

Most likely there can be two answers. We have thus introduced the successor, who has already given all possible guarantees of security to his current patron. Either as economic-duhopodemnoe events planned for the near future a major war, during which there will be a further crackdown in the country. And the results of victory, quite possibly, people will also present the successor to the camouflage.

In favor of what can be involved such scenarios, says the nature of the President’s address to the nation on 25 March. Don’t remember when it would have looked so unconvincing in all respects. Purely socio-economic themes of his speech on the background of the military-political speech of Sergei Shoigu, reminiscent of the presidency of Dmitry Medvedev with his obscure social projects, while the real ruler was the Vladimir Putin. However, the final write off from the accounts of Putin, of course, too early.