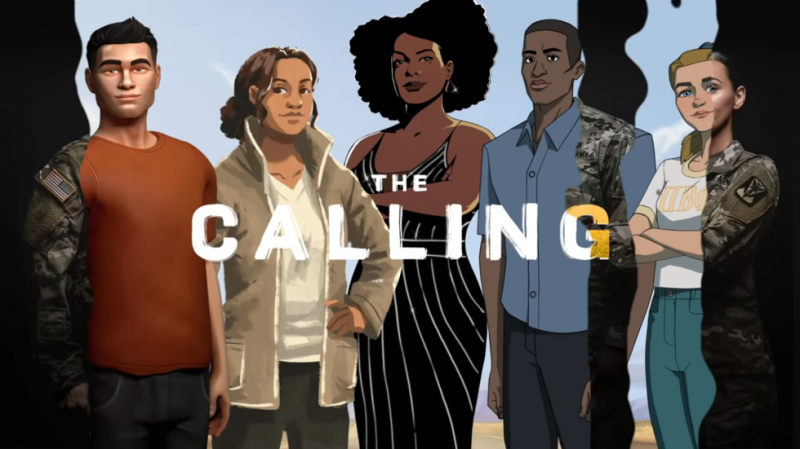 The spectacle of Uncle Sam turning up slim pickings in the search for fresh cannon fodder is certainly not the worst crisis to befall the planet. But it is bad news for the US war machine, lean and mean after four long years of peace.

According to the Pentagon, a shocking 71% of Americans aged 17 to 24 – or 24 million out of 34 million people – are ineligible to serve in the military due to a number of critical factors, including obesity, lack of high-school diploma, and a criminal record. This has placed significance on the remaining 29% of Generation Z, forcing recruiters to find increasingly creative ways of luring this demographic into its ranks.

At first glance the effort seems harmless enough. A US Army marketing campaign, dubbed ‘The Calling,’ employs anime-style graphics that lets service members explain to the younger generation what inspired them to join the ranks of the military. But behind this slick appeal to Gen Zers, an age group with a predictably hazy understanding of US military exploits abroad, is yet another US government entity proselytizing on behalf of the new woke religion, much like the CIA was guilty of in its own recent recruitment ad.

Meet Emma, one of the soldiers who operates the US Patriot Missile Defense Systems. But instead of describing her job duties, this young woman finds it necessary to explain at length that she was raised in California by two moms, an arrangement that she calls a “fairly typical childhood.” Of the five characters featured in the campaign, incidentally, Emma is the only representative of the white Caucasian race (the ad features an Asian American, two immigrants, and two African-American females). Her white father, conspicuously missing in action, is replaced by a “powerful” woman who “married my other mom,” suggesting that it is biologically possible to have two moms, a real prerequisite for military service, I suppose.

In any case, keeping with the new progressive belief system known as ‘critical race theory,’ which teaches at the government level that all white people are natural-born racists, perhaps it is not so surprising that members of the pale face tribe have gone AWOL in the Army ad. To say that is disturbing would be a massive understatement. After all, how many hundreds of thousands of white Americans sacrificed their lives to the voracious US military machine over the years?

Consider one of the less malevolent military operations in US history, the invasion of Normandy, known as Operation Overlord. In an effort to liberate Western Europe from Hitler’s Nazi forces, hundreds of thousands of US troops landed on the beaches of Normandy, a perilous feat immortalized in the famous photograph entitled ‘Into the Jaws of Death,’ taken by Robert F. Sargent. It defies belief that these white guys, who made up the overwhelming bulk of the invading allied forces, risked their lives to liberate Europeans from the ultimate xenophobe known as Adolf Hitler, but whose descendants are now categorized as racists by their own government.

Then there is Jennifer, the daughter of first-generation parents from the Dominican Republic who lived in a three-bedroom flat in New Jersey with 10 family members. After running away to spend three days at a friend’s home, her mother decided as punishment she would be forced to live with relatives in the Dominican Republic to show “how good she had it.” Not sure how living with relatives “with a tin roof” on a tropical island could be much worse than sharing cramped living space in Jersey with 10 relatives, but, nevertheless, Jennifer returned home determined to make a difference.

One day, after meeting with a military recruiter at high school, Jennifer came to the realization that “the Army is an Army of good people.” That must have been one helluva smooth talking recruiter. While it may be understandable that an impressionable 17-year-old high school student could believe such a fairy tale, it may be a bit trickier selling the idea of ‘US military goodness’ to the people of Iraq, for example, destroyed in 2003 by US forces thanks to the “sexed-up intelligence” that Saddam Hussein had been harboring weapons of mass destruction. Or how about the citizens of Syria, where US forces to this day are squatting on a large swath of the nation, depriving the population of their natural resources, not to mention their sovereignty? They too would express some strong reservations over the purported ‘good intentions’ of the US military.

So if this latest recruitment/propaganda campaign works to bring a flood of Gen Zers to local Army recruitment offices across the nation, what kind of soldiers will they make? After all, for many Gen Zers life has been one long woke experience that screams the sanctity of “safe spaces,” the perils of “toxic masculinity,” and the certainty that the true gender of a child is never known at birth. At the same time, US institutions of higher learning have morphed into sweatshops of intolerance, lest their insane leftist ideas fall under the slightest scrutiny. Finally, the youth have been indoctrinated in the belief, as already touched upon, that the “colonizing” white race is the bane of civilizations everywhere.

I’ll go out on a limb here and say that does not sound like a hospitable breeding ground for nurturing the warrior spirit; in fact, it sounds like the death knell of a once mighty nation imploding upon itself. Whatever the case, getting this pampered, emotionally crippled demographic into fatigues, let alone dirty trenches, could turn out to be mission impossible.

If we follow the non-linear trajectory of the American thought processes of late, the US military will be forced to introduce more user-friendly, inclusive places, where people of diverse backgrounds and medical conditions can flourish in peace and happiness under the imperial big tent. In a not-so distant utopia, when lambs lay down with the lions at lunchtime, any weight-challenged recruit who feels the sting of patriarchy when they are unable to perform 10 pushups, have no fear! The newly defanged drill sergeant will have been instructed to make exceptions in the spirit of fairness and inclusivity.

And what about those new recruits who lack the physical stamina to haul an M-16 rifle during crack-of-dawn drills? No worry! The US Army Corps of Engineers will be instructed to make their guns smaller and lighter, possibly of balsa wood. No sense anyone pulling their groin or suffering a hernia in times of peace, right?

And finally, for those new recruits who lack, how shall we say, cognitive abilities, they should not have to feel the tinge of inequality when they can’t read the instruction manuals on various weapons systems. Who needs verbose catalogues anyways when trial-and-error has worked so well in the past?

All joking aside, America’s woke chickens are coming home to roost, and this could spell hard times for the US military. The political left has cultivated a generation of infantile, weak-spirited youth who are not predisposed to accept any sort of hardship lying down. The Army will be hard-pressed to keep the social justice warriors out of the barracks, but given the fact that the progressive gospel has already conquered academia and the government, the Pentagon is facing its most critical battle to date, and one that may decide the very survival of the nation at this dangerous juncture.

I doubt that many people the world over, many of whom have had the misfortune of meeting the “good” US military on their own territory, will be wishing Uncle Sam any luck on that score.