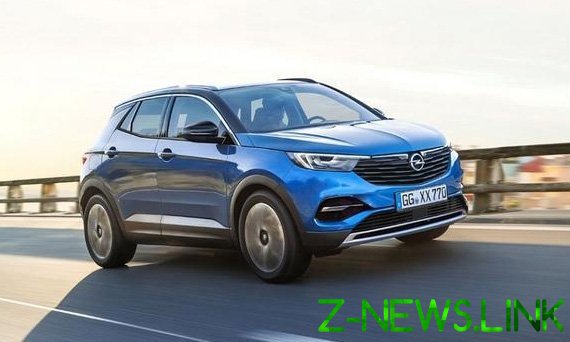 Opel said that they will add three stops production of three other models, as the company concentrates on fast growing segment of crossovers / SUVs and mass models, such as the following Corsa hatchback.

Minicar Karl Adam and convertible Cascada with 2019 will not get more replacement when their production is complete, the statement said Opel. The rejection of the models will reduce complexity and improve efficiency, helping the company meet increasingly stringent requirements on CO2 emissions, according to Opel.

Karl minicar (sold in the UK under the name Viva) is imported into Europe from the General Motors plant in Changane, South Korea. Adam is made in Eisenach, Germany, Cascada off the Assembly line plant in Gliwice, Poland.

Opel notes that three key models will be launched in 2020: a new Corsa subcompact, the successor of X Mokka SUV (pictured above) and van, the new Vivaro.

Corsa, equipped with a range of internal combustion engines, will be available to dealers next year. Its all-electric version will go on sale a year later, however, buyers will be able to order it from the dealers next summer. Replacement Vivaro van will appear at dealerships next year.

Successor Mokka X is expected in 2020. It will be sold along with a small crossover Crossland X. it is assumed that X Mokka will be repositioned to increase the distance between the two models. Opel said that they want crossovers accounted for about 40 percent of sales by 2021. Currently, their share in sales is 25 percent.

Along with the Astra compact car and Insignia mid-size model, Mokka X is one of the few cars made based on the platform GM, which remained in the line of Opel. Currently, the French group PSA, which last year bought Opel and its British twin Vauxhall from GM for $2.6 billion, translates all models into their platforms.

Now, part of PSA is the reduction of costs to Opel, which in the days of GM ownership annually loses one billion dollars. Taken by the French measures helped the unit reach profitability at 502 million euros ($587 million) in the first half, and operating margin to increase to 5 percent.

Opel said that they will start producing plug-in hybrid version of the crossover Grandland X next year. Opel said that by 2024 they will sell electric versions of all its models. Grandland facelift model is expected next year, Petit Tom line will be added to the seven-seat model.

Opel does not report information about its previously announced plan to view mid-sized crossover, which will take place over Grandland X and produced at the Opel plant in russelheim, Germany. As stated by the press Secretary, such a model will be presented in the next two years.

In Europe, YTD through August, Opel sold 32,825 instances minicar Karl/Viva, according to market researchers JATO Dynamics. Sale Adam made 25,490 machines and Cascada 1,569 cars. Corsa, with sales in 142,531 machines became Opel’s best-selling model in the first eight months of this year.