OPEC+ members agree to ramp up output by 400,000 barrels per day amid soaring oil prices 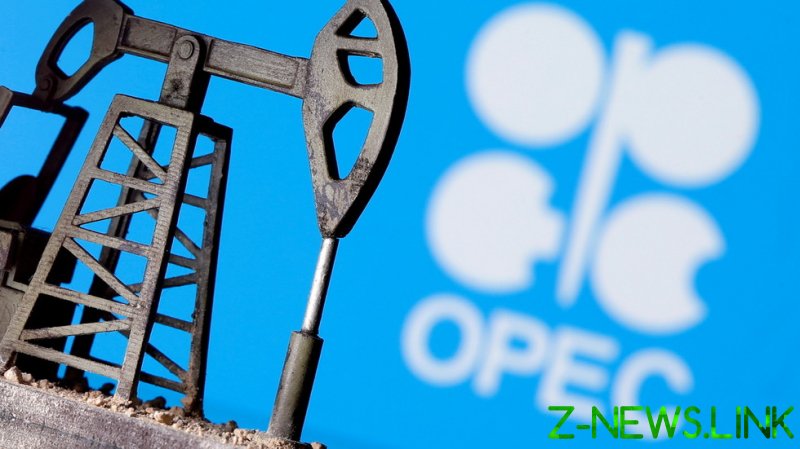 The cartel members and their allies, including Russia, Mexico, and Bahrain, will increase their output by 400,000 barrels a day from August. Production is expected to be raised until all of the previously halted output is restored.

The deal is expected to see the OPEC+ countries ramping up their total output by some two million barrels by the year’s end. The monthly production increases would then continue next year. The cartel and its allies also announced that they have extended the overall agreement until December 2022. It was previously scheduled to expire in April 2022.

The agreement has become a sign of the strong bond between the cartel members demonstrates that “OPEC+ is here to stay,” Saudi Energy Minister Prince Abdulaziz bin Salman told reporters following the video conference between members.

The decision was sparked by an increase in oil prices, which have hit a three-year record. The price of Brent crude has recently risen above $75 per barrel amid recovering oil demand.

Some media, including the Financial Times, reported that the prices could go up even further, as the planned output increase might not be enough to satisfy the soaring demand.

“The Meeting noted the ongoing strengthening of market fundamentals, with oil demand showing clear signs of improvement,” OPEC said in a statement after the talks.

Back in 2020, OPEC+ cut their production by a record 10 million barrels per day as lockdowns and flight bans led to a steep drop in demand. The oil exporters then gradually reinstated some supply, but they are still withholding some 5.8 million barrels per day of output. The cartel and its allies are expected to return to the pre-pandemic output levels by the end of 2022 if the agreement holds.

The deal also included a compromise between OPEC members Saudi Arabia and the United Arab Emirates. The two Gulf nations were engaged in a dispute, as the UAE was unwilling to extend the previously reached supply cut agreement beyond April 2022 without raising its own output quota.

Other members of the OPEC+ agreement, including Saudi Arabia, Russia, Kuwait, and Iraq, will also see their quotas raised. Russian Deputy Prime Minister Alexander Novak said on Sunday that his nation would be increasing its output by 100,000 barrels per day each month starting August and will reach a pre-pandemic production level in May 2022.

Russia will produce an additional 21 million tons of oil this year and next, he added.