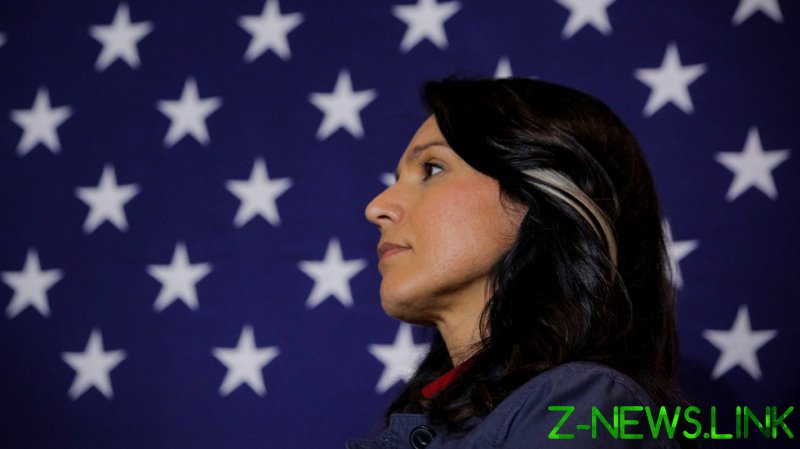 Tulsi Gabbard, the four-term Democratic congresswoman from Hawaii, is currently being attacked by liberals for introducing The Protect Women’s Sports Act, which seeks to protect women’s athletics by recognizing that different sexes are born with different physical abilities.

Reasonable and rational people realize that men and women are biologically different. Reasonable and rational people also realize that on average, men are bigger, stronger and faster than women, and that just because someone born a male now subjectively “identifies” as a female, that doesn’t alter the objective fact that copious amounts of testosterone were pumping through their body as it developed, thus making their competing against biological girls and women in sport not only unfair, but dangerous.

These should not be controversial statements as they are obviously factually and scientifically true. But objective truth is anathema in our age of subjective insanity. Which is why Tulsi Gabbard’s introduction of the Protect Women’s Sports Act is a brazen act of bravery.

This is why it is so perversely ironic that on the same day Tulsi Gabbard was being made a pariah for courageously speaking plain truth and supporting common sense, Time Magazine was announcing that the empty pantsuit and monument to tokenism, Kamala Harris, and her chauffeur in the corporate Democrat clown car, Joe Biden, were being honored as the Person of the Year.

If America were a sane place, Tulsi Gabbard, not Kamala Harris, would be the darling of the supposedly liberal Democratic Party.

Gabbard is an intelligent, principled and charismatic woman of color, something the devotees of diversity claim to desire.  Her progressive bona fides are unquestionable as she vociferously supports Medicare-for-All, a Universal Basic Income and wants to end the war on drugs and private prisons. She is also a courageous anti-interventionist in addition to being a respected Army Reservist and Iraq War veteran.

In contrast, Kamala Harris is a corrupt former “top cop” in California who brutalized the poor by being a proponent of the war on drugs yet let white-collar corporate criminals skate. She is also a neo-liberal militarist who opposes Medicare-for-All and a Universal Basic Income.

And yet, despite, or more likely because, of all of these things, Tulsi Gabbard is persona non grata among the dupes, dopes and dullards in the Democratic party and media, while the sellout and raging sub-mediocrity Kamala Harris is celebrated.

This is not surprising as Gabbard and her fetish for truth have long been a thorn in the establishment’s side, especially with her contrarian foreign policy beliefs, most notably regarding Syria and Bashar Assad.

In 2017 Gabbard committed the cardinal sin of going against establishment orthodoxy when she expressed skepticism regarding dubious claims of chemical weapons attacks by the Syrian government in Khan Shaykhun, and, despite being right, was quickly labeled an “Assad apologist.”

She also made the egregious mistake of speaking the truth when she said that the U.S. had been “waging a regime change war in Syria since 2011.” Nothing will get you a scarlet letter from the establishment faster than telling the truth regarding America’s thuggish empire.

As for compliant Kamala, speaking truth to power is not a sin with which she is intimately familiar. Kamala is more of a kiss up and kick down kind of girl. She “kissed” up to former Speaker of the California Assembly and San Francisco Mayor Willie Brown and kicked down by trying to jail poor parents of truant kids.

Another glaring difference between Tulsi Gabbard and Kamala Harris is that Gabbard is guided by principle and Harris is guided by blind partisanship and personal ambition.

For instance, besides the Protect Women’s Sports Act, this week Gabbard also dared to cross the aisle by introducing the Break Up Big Tech Act, which supported Trump’s initiative to repeal Section 230, which gives legal immunity to large social media companies. Gabbard did this because it is the right thing to do, even if Trump supports it.

As for Kamala, she is allergic to principles beyond personal ambition. Kamala will not take on big tech, as they are her donor base and she is a junkie for their money and a corporate power courtesan. One should not expect a Biden-Harris administration to move in any way shape or form against Silicon Valley.

Another argument in favor of Gabbard’s superiority over Harris is that the one time the two women went head-to-head was in the Democratic primary debates, and Gabbard eviscerated Harris so decisively that it stopped Harris’ presidential campaign dead in its tracks.

This week’s state of affairs proves that America is a madhouse, and the media, Time Magazine and their ridiculous and grammatically incorrect “Person of the Year” selection included, are funhouse mirrors used to further distort our already deranged sur-reality.

In these United States of the Insane, the inmates are running the asylum as American militarism and corporate power are now deemed benign, it is declared gender doesn’t exist, and Kamala Harris is worthy of celebration while Tulsi Gabbard is deserving of denigration.

America always gets the leadership it deserves, and when Joe Biden falls, or more likely gets pushed, down a flight of stairs and Queen Kamala ascends to the throne, we will get what we deserve. And that certainly isn’t a person of the quality and worth of Tulsi Gabbard, that’s for damn sure.