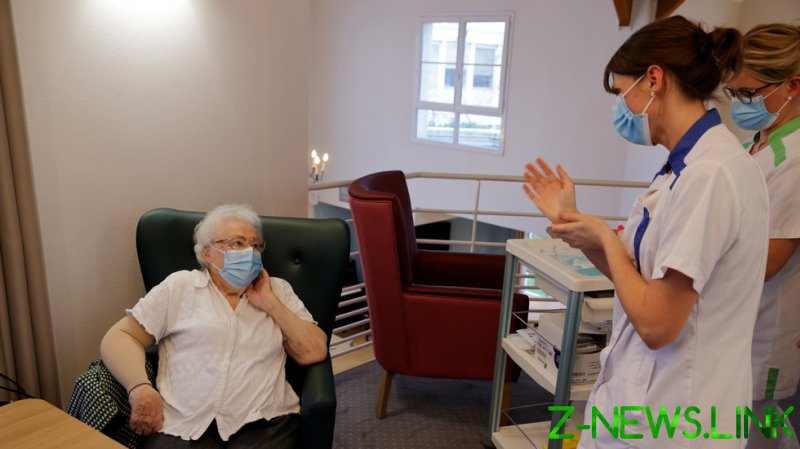 In data published on Thursday evening, SpF stated that only 41.9% of people working in nursing homes in France had been fully vaccinated against the deadly Covid-19 virus, despite the country’s vaccination program being nearly six months old, and 55.3% had received one shot. Healthcare workers were among the first in the country to be offered the jab.

The health agency had stopped publishing this data for several weeks as it reworked its calculation method. SpF has reportedly realized that the figures were overestimated.

Meanwhile, of the care home residents surveyed, some of society’s most vulnerable people to the Covid-19 virus, only 81.1% were fully vaccinated. SpF estimates that as of June 15, 87.8% had received at least one dose.

Earlier on Thursday morning, Health Minister Olivier Veran, speaking on BFM TV, made a “solemn appeal” to caregivers, in particular in nursing home staff, who have not yet been vaccinated. He also threatened to make inoculations compulsory for them.

He said it could not be the case that there was more vaccine uptake in the general population than there was among care home workers. As of Wednesday, approximately 46% of France’s population has received at least one shot.