Home / WORLD / One third of Americans believe pandemic is over, but 40% believe life will ‘never be normal’ again

One third of Americans believe pandemic is over, but 40% believe life will ‘never be normal’ again 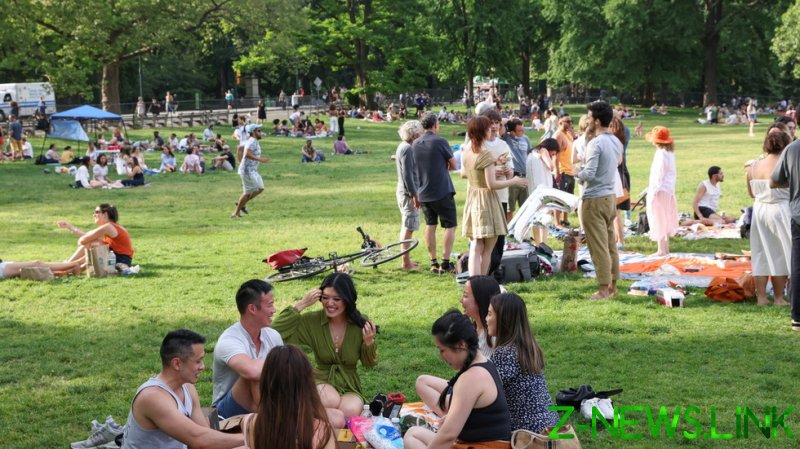 A vast majority of Americans (89%) believe the Covid-19 situation is “improving,” but over 70% don’t think the pandemic is over yet, according to a poll by Gallup, the results of which were released this week.

As with most topics related to Covid-19, opinions differ greatly across party lines, with Republicans far more ready to declare the pandemic over than Democrats. In Gallup’s survey, 57% of those who identified themselves as Republicans said the pandemic was over, while only 4% of Democrats were ready to make the same declaration – and 35% who described themselves as independents.

With the Centers for Disease Control and Prevention (CDC) easing some of its health guidance in light of ongoing vaccinations, and numerous states and businesses dropping pandemic-era restrictions altogether, the majority of Americans (54%) polled said their lives were currently disrupted by Covid-19 either “not much” or “not at all.” The other 46% felt their lives were still being disrupted daily “a great deal” or “a fair amount.”

Expectations for the future are rather tempered, according to the poll, with less than half of respondents (46%) saying they believed their life would eventually be much the same as it was before the pandemic. Another 40%, however, had accepted a ‘new normal’ and said they did not expect their lives to ever be the same again.

Gallup’s survey polled more than 4,800 US adults, and the margin of error was 2%.

One aspect of Covid-19 that might be making some hesitant to believe the pandemic was over is the virus’ Delta variant, which has led to spikes in cases in some countries, including the UK and Australia. In a poll by Axios released on Tuesday, over 80% of Americans polled said they were somewhat familiar or had heard of the variant. Among those aware, a little over a third reported that they were “extremely or very concerned,” while a similar number said they were “somewhat concerned.”

The survey also showed that people are now social distancing and masking in public in smaller numbers, although over 50% said they would curtail their activities outside the home if there were a spike in Covid-19 cases near where they lived.