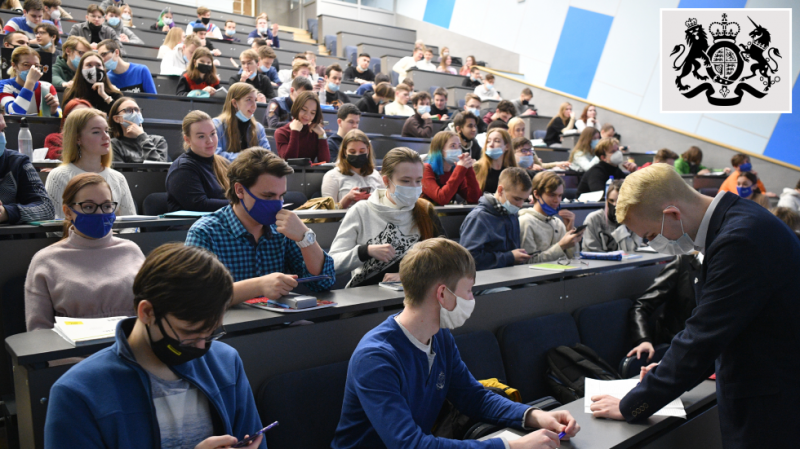 In the wake of the landmark Brexit referendum in 2016, the UK government launched the opaque ‘Global Britain Fund’. Questions around the size of its budget, objectives, which projects it bankrolls and where, and other key questions have remained unanswered since.

It was only two years later that then-Foreign Office minister Alan Duncan brought up the Fund in parliament for the first time in response to a question from the opposition Labour party, sparingly stating that it supports projects overseas that provide “short-term support for small-scale tactical interventions to enable wider foreign policy objectives.”

The Fund has remained largely unremarked upon by Whitehall apparatchiks ever since, but now, leaked papers – circulated via the Telegram app, and reported on by RT Russia – have shed significant light on the “interventions” it has been financing since launch, and the “wider foreign policy objectives” they serve.

Take for instance a secret Global Britain program, under which Skolkovo, the Moscow School of Management, was to receive hundreds of thousands of pounds from Whitehall over three years, to facilitate direct contact between Russian and UK executives from big business, the public sector, NGOs and other key spheres, so they could “[exchange] best practices,” thus “empowering” Russian stakeholders “to take a systemic approach to local action.”

“This project seeks to find top executives with strong change potential, inviting them to join a high-flying program of seminars, international exchange [and] coaching,” the Foreign Office proposal states. “We will initially identify organizations and executives with high impact making profile and change potential within the two challenge areas.”

The “most promising and proactive” participants would be provided with a number of “collaboration opportunities” to “embed lasting practice,” including executive seminars in Moscow, field-visits to the UK and elsewhere, and “individual leadership coaching.” This program would in turn enable another, “supporting development” of Russian energy market “reform”, by “developing policy recommendations using international experience and creating a platform for workshops between key Russian public and private institutions” on the topic.

The “main risk” attached to the project from Whitehall’s perspective was “involving sufficiently senior executives” who could “deliver high-ambition and high-impact outcomes.” This would be mitigated by “leveraging the reputation and networks” of Skolkovo, thereby presumably ensuring London’s central role in the scheme was not front and center. For participants – and perhaps the Business School itself – it would have appeared to be a perfectly legitimate, domestic effort to modernize Russian commerce and markets.

That sleight of hand aside, the program seems fairly banal, until one considers that an overriding aim of the Global Britain Fund’s cloak-and-dagger work in Russia is “tackling corruption,” and this approach directly cites Transparency International data, in particular its annual Corruption Perceptions Index. These league tables have been criticized in some quarters for their flawed methodology – namely, they focus purely on alleged public, not private, corruption.

Nonetheless, it has advocated “large-scale privatization” in Ukraine, which is necessitated by Kiev entering into “structural adjustment programs” with the World Bank – Transparency’s founder – and IMF, despite past experience indicating this will “increase foreign control of the Ukrainian economy as well as increase poverty and inequality,” and Transparency’s own research concluding such programs “do not actually reduce corruption [but] exacerbate it.”

As part of Global Britain’s in-house anti-corruption drive in Russia, it proposed bankrolling MediaZona, the opposition news outlet founded by members of Russian punk band Pussy Riot, to the tune of £300,000 between 2020 and 2023, supporting the organization’s “efforts to set new standards for hard-hitting reporting” on court proceedings and litigation, and “[exposing] corruption and the abuse of power whilst bringing credible and authentic voices into the public domain.”

In all, MediaZona would be expected to produce around 120 articles per week, 18 investigative reports per month, “and a series of online feeds” in service of this goal. Its editorial team would also be helped to “forge new partnerships with key players in the Russian and international media landscape, thereby ensuring powerful multiplier effects” for its UK-funded reporting.

One needn’t be a cynic to suggest that the overriding strategy is to highlight corruption, whether real or alleged, within partially or wholly state-owned commercial entities in Russia, to promote exposés on the topic nationally and internationally, and resultantly ripen these organizations for privatization and foreign takeover – by Britain, say.

If these components of the Fund’s activities seem unrelated, they are echoed in a Global Britain project in the Balkans, of such prominence it was subject to a dedicated inquiry by parliament’s Foreign Affairs committee. While that probe focused largely on how London could support the region’s EU membership aspirations and protect its “stability and security”, leaked documents related to the initiative point to a far darker reality.

The papers make very explicit the interconnectivity of seemingly divergent Whitehall projects in Albania and the former Yugoslavia. “Improvements to the business climate, reform of tax systems and the reduction of red tape” feed into “anti-corruption measures,” “modernization of key sectors such as energy and banking,” and “reform of justice systems, including policing.” Funding media outlets “to encourage” the dissemination of “strategic communications to promote public awareness of and support for reform” underwrote all these efforts.

What’s more, Whitehall clearly doesn’t tolerate high-level opposition to any aspect of its Global Britain agenda, and stands poised to neutralize any and all resistance should it arise.

“In contexts where elite incentives are not aligned with our objectives/values… an approach that seeks to hold elite politicians to account might be needed,” one file ominously proposes.

To meet this end, it was proposed to “build relationships and alliances with those who share our objectives and values for reform” by funding and “mentoring” a nexus of homegrown NGOs, media outlets and civil society organizations to “bring local governments to account” and “align the programme with stated goals.”

In other words, cultivating and funding a shadowy army of local Trojan horses to lobby, smear, campaign against, and, if necessary, bring down troublesome regional governance actors. This article merely scratches the surface of Global Britain’s plans related to Moscow – but it’s clear from the documents that London was very much in the process of building such a battalion in Russia. It may well have already done so.