Home / WORLD / One returns a king, the other is out of place in Paris: Ronaldo and Messi transfers signal contrasting ends for all-time greats

One returns a king, the other is out of place in Paris: Ronaldo and Messi transfers signal contrasting ends for all-time greats 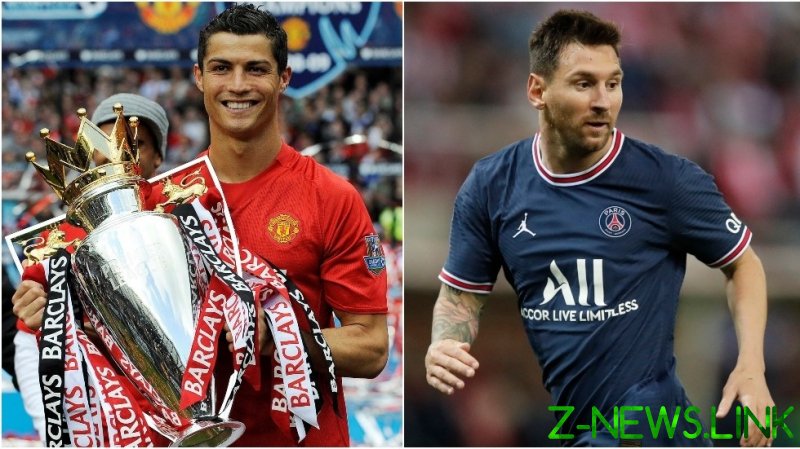 Between them, both Ronaldo and Messi have left an indelible mark on the beautiful game, dominating football’s list of individual honors for well over a decade and firmly etching their names in the list of the sport’s greatest ever players.

During their respective heydays, a cold war of sorts brewed between football’s two most talented icons. It played out almost entirely in La Liga as the Barcelona/Real Madrid rivalry took on a whole new element, the question of “Ronaldo or Messi?” echoing on school playgrounds across the world in a new kind of cultural war.

All things, though, must pass. Ronaldo took his leave from Spain in 2018, switching Real Madrid for Juventus and leaving the kingdom to his sparring partner Messi as he sought to pursue different honors, awards and trophies.

It is hard to deny that Messi and Spanish football as whole weren’t affected by this divorce. Last year, when Messi revealed his desire to move away from the Camp Nou it seemed like the inevitable result of dwindling interest when the Spanish league was denied its biggest box office showdown between the two best players in the world, with the infamous Barca-Real rivalry almost an afterthought… the co-main event, even.

Of course, Messi would ultimately recant his open pursuit of a move away from Catalonia last year when it looked as though he was heading for a legal battle with the club he has represented since he was a boy – only for all parties’ hands to be tied this summer when Spanish league rules dictated that Barcelona simply couldn’t afford to renew Messi’s contract.

Today, around three weeks after he signed for oil-rich Paris Saint-Germain, the juxtaposition between he and the man to whom his career will be forever linked, couldn’t be much more different.

The memory of a distraught Lionel Messi standing at a podium with tears streaming down his face as he processed the reality that he had to move to a new country, uprooting his family in the process – live in front of the media, no less – appears to be the polar opposite of Cristiano Ronaldo’s Manchester United homecoming.

CR7 (as he will continue to be after reportedly persuading Edinson Cavani to part with his #7 jersey) was brought back to Old Trafford in a whirlwind transfer, just hours after he looked set to commit the most grievous of sins in joining Manchester City.

It is a move endorsed by some of the club’s most legendary figures like Sir Alex Ferguson, Rio Ferdinand and others, and the mammoth outlay from the Glazer Family for a player who turns 37 in a few months’ time has been resoundingly supported by the Red Devils faithful, bringing a feel-good factor to the club just months after the stadium was quite literally stormed by disgruntled supporters in the wake of the ill-fated Super League announcement.

Those cynical enough among us might say that this is little more than the Glazers’ currying favor with fans who had called for their heads just weeks ago. After all, a move for Cristiano Ronaldo wasn’t part of United’s transfer strategy this summer and is instead something of an opportunistic indulgence – but ask anyone who packs themselves into the Stretford End and they will tell you that the move for Ronaldo has returned a ‘feel good’ factor to the club.

Smiles are back on faces – and chiefly Ronaldo’s, as judging by his gushing note on Instagram to Manchester United supporters in which he described the transfer as a “dream come true“.

Would Lionel Messi be able to say the same of his own career move?

Messi made his debut for Paris Saint-Germain as a second-half substitute against Reims on Sunday and it almost seemed like his opponents were more enthusiastic about it than he was. The Reims goalkeeper even persuaded Messi to pose for a picture holding his child; an heirloom which will live long in their family but will likely be quickly forgotten by Messi himself.

Messi will, of course, be welcomed with open arms by PSG fans when he makes his home debut as fans clamor to see their new hero in the flesh – but there’s just something different about Ronaldo’s own move to a place where he is already part of the fabric of the club.

In a sense, it is something of a shame that Messi will play out the autumn of his career at a club whose primary motivation in signing him was that they were the only ones who could afford his salary: a cold, calculated move which stands against the verve and mastery he displayed on the pitch for so many years for a club he truly loved.

Ronaldo came home. Messi, it feels like, is living out of a hotel.