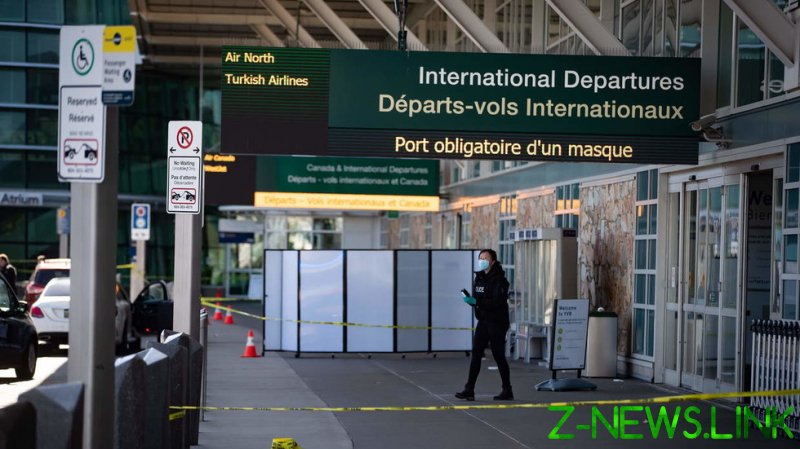 “A man was shot and killed this afternoon near the domestic departure terminal [of the Vancouver International Airport]. Media availability later this evening in Richmond,” the Canadian Integrated Homicide Investigation Team (IHIT) tweeted on Sunday.

The statement followed reports of police and paramedics responding to a shooting incident at the airport. It was soon announced that the situation has been contained.

The airport officials have assured that the airport was “open and safe” and that the flights were operatin.

However, while the scene was pronounced no longer active, the shooting suspect or suspects have apparently managed to escape police, with reports saying they fired shots at officers as their vehicle sped away.

Local media has been posting images of a burnt-out vehicle in Surrey, which they said was believed to be the suspects’ getaway car.