Home / WORLD / ‘One of the worst fires’ in New York history leaves 19 dead, including children – reports

‘One of the worst fires’ in New York history leaves 19 dead, including children – reports 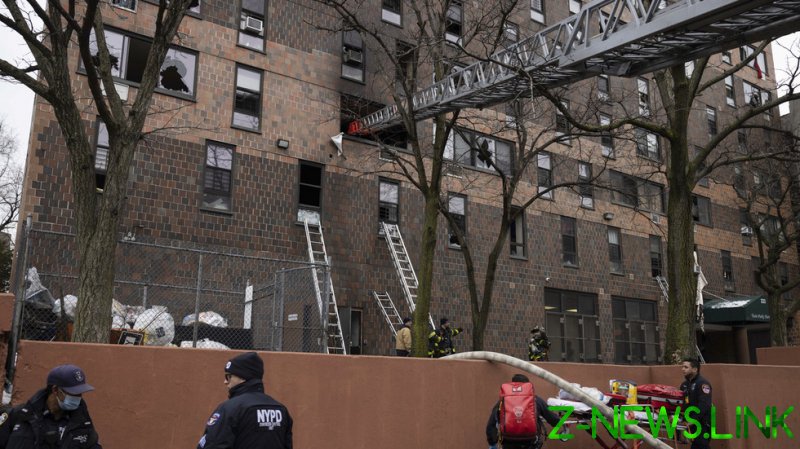 A five-alarm fire at a high-rise apartment building has left at least 19 people dead and dozens more critically injured in the New York borough of the Bronx, according to US media. Many are hospitalized with smoke inhalation.

The fire broke out on the third floor of the 19-story building on Sunday morning. While the original cause remains unknown, firefighters were called to the site around 11am local time and say the door to the apartment where it began was left open, allowing the conflagration to spread more quickly. Photos of the building showed flames and smoke billowing out a third-story window as people climbed down a ladder mounted by rescuers.

Mayor Eric Adams called it one of the worst fires in the city’s history, declaring the impact would be felt by everyone.

Some 200 firefighters were sent to battle the fire in the Fordham Heights neighborhood before it was finally controlled. City officials are mobilizing resources to the area near East 181st St and Valentine Avenue, where the building is located, to help displaced residents and their family members.