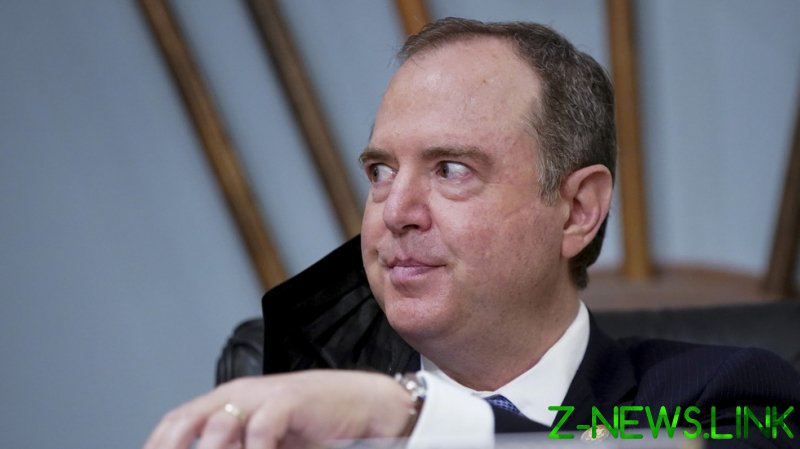 Schiff acknowledged that anyone who lied to the FBI and to British ex-spy Christopher Steele should be prosecuted during a Tuesday appearance on The View, where he was grilled by Donald Trump’s former deputy secretary of state Morgan Ortagus over his role in the ever-metastasizing Russiagate scandal. However, the California Democrat managed to evade further questioning along that line with a bit of whataboutism, pointing out former president’s pardoning of several cabinet officials who had been – in the ex-president’s eyes – unfairly imprisoned.

Former deputy secretary of state Morgan Ortagus attempted to nail Schiff over his responsibilities for pouncing on the fabricated documents comprising the dossier, including the infamous ‘peepee tape,’ which has effectively been proven to be made up out of whole cloth with the arrest of the infamous Steele dossier’s primary source, Igor Danchenko.

“You defended, promoted, you even read into the congressional record the Steele dossier,” Ortagus observed, asking if he had “any reflections on [his] role” in pushing the sham report.

But Schiff repeatedly insisted there was “no way we could know” that the Steele dossier was a phony, even though most journalists who received the report commissioned by the Hillary Clinton campaign’s associates at Fusion GPS were suspicious and opted not to publish. It was only after Buzzfeed News finally opted to run with the story that it exploded to dominate the news, casting a shadow over Trump’s entire presidential term.

Schiff made his TV appearance just a few days after Igor Danchenko, the primary source for the infamous dossier whose tall tales allowed rogue US intelligence agencies to issue multiple Foreign Intelligence Surveillance Act (FISA) warrants against Trump campaign staffers, was arrested for lying to the FBI. Danchenko lied not just once, but five times, according to the indictment unsealed last Thursday.

Schiff, however, repeatedly attempted to divert Ortagus’ attention by changing the subject to the Republicans in Trump’s camp who had been jailed – however briefly – for supposedly lying to the FBI.

“None of that serious misconduct is in any way diminished by the fact that people lied to Christopher Steele,” Schiff insisted, referring to the ex-president’s since-discredited roles in trying to rig the 2016 and 2020 elections and launch an “insurrection” back in January. Ortagus agreed, noting that it was actually Schiff’s credibility that had been damaged instead.