One mask good, two masks better: Nearly a year into the pandemic, is advocating double masking really the way to reassure people? 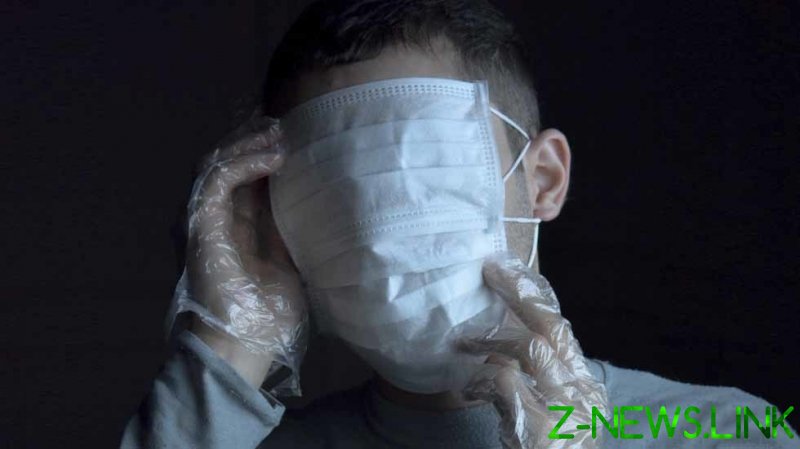 To watch the New York Times’ coronavirus coverage over the last few months has been to witness cognitive dissonance in the extreme. Back in August, it admitted that as many as 90 percent of PCR (‘gold standard’) tests might be false positives, but now it clings to those ‘false’ numbers as justification for wearing not one, but two masks.

It’s easy to see why the compulsive rule-obeyers are concerned. Despite the rollout of multiple new vaccines, all boasting a miraculous 90-percent-plus efficacy rating, there are doubts that what were supposed to be miracle jabs can even stop the spread of the novel coronavirus. Both Moderna and Pfizer execs admit this.

But those who have devoted their post-quarantine lives to a form of pandemic OCD – compulsively checking every regulatory box in quasi-religious devotion as if to keep the virus at bay through the power of ritual – still need something to aspire to while they wait for vaccines that don’t seem very safe to trickle down to their demographic.

Given the Orwellian nature of much of the pandemic guidance in the US – with militant mask mandates imposed on a moment’s notice – it’s not much of a surprise that the powers that be would take the ‘Animal Farm’ approach to masking. “One mask good, two masks better” works as a statewide edict, as long as you don’t have troublemakers looking up the previous guidance and asking questions.

And even if there are one or two conscious reporters at the press conference, governors using the pandemic to audition for their role in some future totalitarian dictatorship have quickly learned to slap down such questions.

It may be time for another reversal anyway. New York Governor Andrew Cuomo, previously one of the most militant in terms of behavioral controls blamed on the virus, has spun on a dime to declare there’s no time to wait for a vaccine, the state economy is headed for certain destruction if it does not reopen immediately, and so on. While he’s right about that last part, the timing is curious, with hundreds of thousands of the small businesses that made New York what it was having already vanished for good.

Given the governor’s decision to stuff his economic reopening council with the same private equity bigwigs that feast on the corpses of dead businesses, this looks less like an admission of failure and more like an attempt to milk more profit out of this disaster.

But how to get a state (or country!) full of frightened people who’ve swallowed the last 10 months of your propaganda to go out and spend their government checks? Why, just reassure them that two masks are better than one, and that if they get sick it’s their own fault for not believing hard enough in the benevolent power of government. You’ll be re-elected in no time.