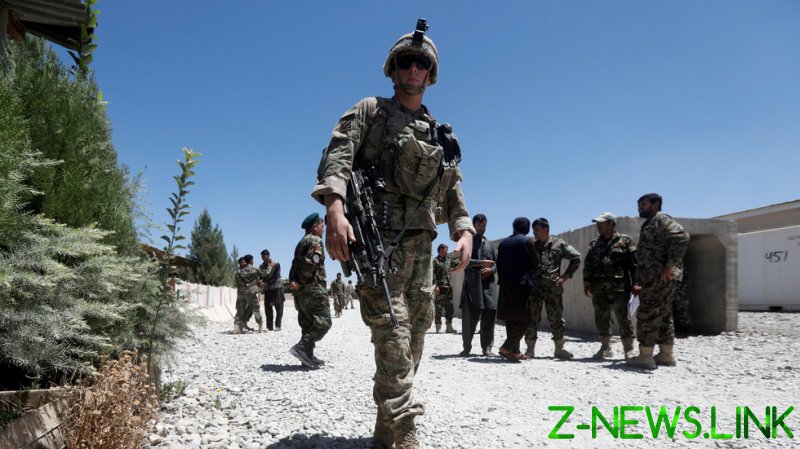 Former US president Donald Trump made one last effort to prove he was sincere about prying the US military loose from its two-decade engagement in Afghanistan when he signed an executive order demanding all remaining troops be pulled from the country before the year’s end – just days after November’s election results suggested the American people had had enough of him.

According to Pentagon senior adviser Col. Douglas Macgregor, the executive order was the closest the US has yet come to actually withdrawing from the catastrophically long, violent, and expensive war in Afghanistan. The president had even signed a formal order to pull out all remaining US troops – only to be waylaid at the last minute by predatory Pentagon brass unwilling to step off the wartime gravy train they reminded the president had “bipartisan” approval.

Unfortunately for the Afghan people – and those Americans sick and tired of their tax dollars being used to crush the beleaguered Central Asian nation – Chairman of the Joint Chiefs of Staff Gen. Mark Milley and other senior Defense Department figures were able to marshal enough opposition to Trump’s withdrawal efforts to scuttle them. Rather than clean out the remaining US troops, Trump was forced into a compromise, ultimately agreeing to withdraw just half the 5,000 US troops still stationed there.

In a Tuesday interview with the Grayzone, Macgregor described how Milley and his allies in the Defense Department effectively prevented Trump from delivering an end to the US’ longest war, one of the electoral promises that helped win him the presidency in 2016 (and arguably a promise whose failure to deliver helped lose him the election in 2020).

By the time Trump lost the November vote, Secretary of Defense Mark Esper, Central Command head Gen. Kenneth McKenzie, and US commander in Afghanistan Gen. Scott Miller had gained sufficient control of strategy going forward in Afghanistan in order to thoroughly derail potential peace negotiations, warning the president that no further attempts to withdraw US troops should be made until vague “conditions” – including a “reduction in violence and progress at the negotiating table” they continually upended – had been met.

Never mind that it was the US, not the Taliban, that had repeatedly reneged on and shredded attempted peace talks. In the space of just one month from March to April 2020, the Taliban claimed US and Afghan government forces attacked it 50 times, including 33 drone attacks. When the Taliban retaliated by attacking Afghan government checkpoints on the fringes of territory it controlled, the US seized the opportunity to claim the agreement now allowed them to conduct preemptive strikes on Taliban posts.

Esper pointed to this chaotic backdrop to plead with Trump to make no further efforts to wind down troop presence. In a classified memo sent in November, Esper, Milley, Miller and other high-ranking Pentagon figures insisted “necessary conditions had not been met” to leave the country. Trump, perhaps sick of being played for a fool by his military commanders, fired Esper promptly and appointed Christoper Miller – a former head of US counterterrorism who agreed the US had no business in Afghanistan in 2020 – to take his place, appointing Macgregor – who held similar views – as his “senior advisor.”

Macgregor told the Grayzone he met with Miller on the latter’s second day in office, instructing him to draw up a presidential order for a full troop pull-out and even dictating the language by phone. According to the Grayzone, the order specified “all uniformed military personnel would be withdrawn from Afghanistan no later than December 31, 2020,” and was “immediately” signed by Trump the following day.

However, Milley, Miller, and national security adviser Robert O’Brien apparently told the president the following day that his orders could not be executed.

Milley reportedly argued a troop withdrawal would harm the chances of negotiating a final peace settlement — as if any such thing was in the works — and insisted that ongoing troop presence in Afghanistan had “bipartisan support.” Trump apparently quailed under the pressure again, compromising with a deal to withdraw only 2,500 troops.

With Biden assuming the presidency amid an Obama-esque bluster of “America’s back,” Trump’s last-ditch attempt at troop withdrawal is likely to remain the closest Afghanistan will come for years to freeing itself of Washington’s occupying presence.