Home / WORLD / One in 50 people in England has Covid-19, health chief reveals, also warning of further restrictions NEXT winter

One in 50 people in England has Covid-19, health chief reveals, also warning of further restrictions NEXT winter 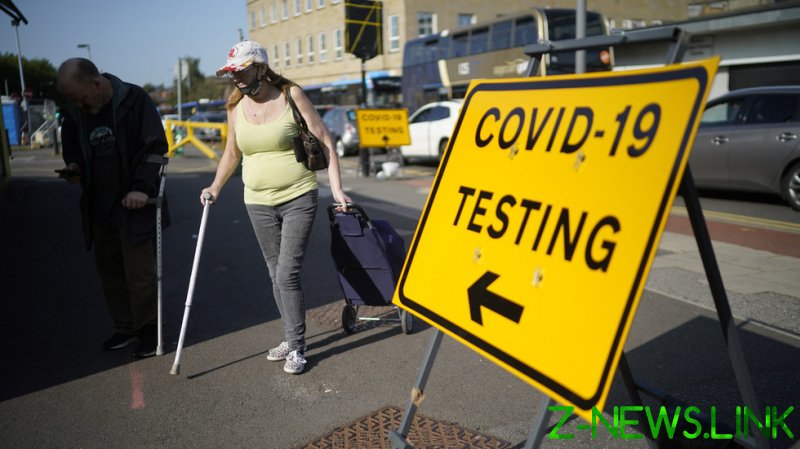 England’s Chief Medical Officer Chris Whitty revealed the grim data, as he warned that the new form of the virus discovered in London and the south of England is now “taking off” across the country, saying “one in 50 is really quite a large number indeed.”

The figure is equivalent to about one million people.

In London, as many as one in 30 had the virus between December 27 and January 2, according to new Office for National Statistics (ONS) figures for private households.

Whitty also said that restrictions would be lifted “stage by stage,” but added: “We might have to bring a few in, in the next winter for example – that is possible, because winter will benefit the virus.”

The UK reported a further 60,916 new Covid-19 cases on Tuesday, the country’s highest daily increase of the pandemic, as well as a further 830 deaths within 28 days of a positive test. The latest increase brings that figure to 76,305 deaths.

Prime Minister Boris Johnson used the press conference to discuss the UK’s vaccination programme, under which he said some 1.3 million people in the UK had so far received their first dose of a Covid-19 vaccine.

Whitty also defended the government’s controversially updated inoculation strategy which involves delaying administering second doses of the two-part vaccine by some 12 weeks, rather than the 21 days recommended by the vaccine makers.

“If over that period there is more than 50 percent protection then you have actually won. More people will have been protected than would have been otherwise,” he said.

However, while that British press conference was underway, the World Health Organization updated its advice, which is at odds with the UK approach, instead recommending that two doses of the Pfizer/BioNTech vaccine be given 21-28 days apart.