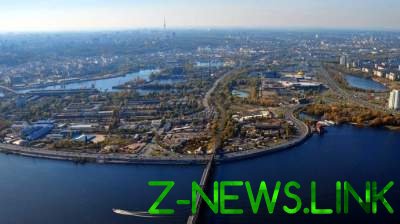 Tigipko was first told, why buy from Poroshenko’s Forge on the Rybalsky.

Businessman Sergey Tigipko plans to build on the territory of the plant “on Rybal’s’ke Smithy” in Kiev residential complex and large shopping and office center.

“Here in this area we plan to commence large-scale construction project. Most likely it will be a residential area with schools, kindergartens, commercial real estate,” – said Tigipko.

See also:  Between Lviv and Budapest want to build a highway

“As for the plot of 9 hectares near the railway station, it planned to build a large retail and office center,” he added.

According to Tigipko, he considers “the Smithy on the Rybalsky” not only industrial, but also as an integrated development project.

He also added that the production plant will not be transferred. At the same time, in his opinion, large areas on the Peninsula not involved in the production purposes and used inefficiently.

Note that in 2016 the company SAGA Development started construction of a residential complex Rybalsky near the “Forge”.