Home / business / On the territory of Russia banned BlaBlaCar

On the territory of Russia banned BlaBlaCar 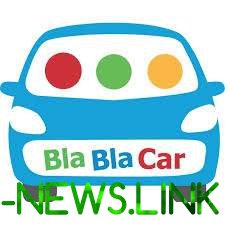 This decision was due to the fact that the service promotes illegal commercial activities.

The decision adopted on 12 September, but the decision has not yet entered into force. Russian operator BlaBlaCar intends to appeal this decision to the appeal. The hearing date is not appointed yet.

If the decision of Timashevsky regional court will come into force, Roskomnadzor will be obliged to block access to a resource BlaBlaCar throughout Russia.

With complaints about the activities of the service in the Prosecutor’s office asked the Association “Regional motor transportation Union (RACES),” which considered that it contributes to the organization of regular illegal commercial traffic. In turn, the statement about activities of BlaBlaCar in August this year filed a lawsuit Timashevskiy district Prosecutor’s office, which indicated that the service provides information services to persons engaged in commercial transportations without permission.

Read also: Russia has detained another “spy” from Ukraine

Company BlaBlaCar was founded in 2006 in Paris, the service use 50 million customers in 22 countries, in Russia, the service has existed since February 2014.