Home / INCREDIBLE / On the surface of blue giants discovered waves

On the surface of blue giants discovered waves 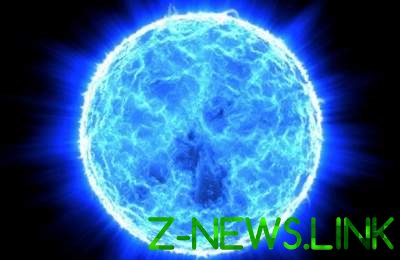 Experimental verification of these predictions has involved space telescope TESS.

Blue giants – large stars whose mass is 10-20 times higher than solar. The brightness exceed the sun in tens of thousands of times, so it is not surprising that the fusion fuel these stars for long enough – their lifetime is a few tens of millions of years.

Blue giants are attractive to astronomers because the sizes of these stars in some closest to us allow with the help of modern telescopes to observe the details of their structure. A group of scientists from the UK have tried to see if there the processes to produce are distinguishable on our modern equipment and processes.

Astrophysicist Tamara Rodgers from Newcastle University and her team over the past five years he worked on mathematical modeling of the processes occurring in the stars. Scientists have predicted that the blue giants must be the wave that makes at least two types. In the first case we are talking about waves spreading on the surface of the star and it is damped. In the second – on elastic waves propagating in the thickness of matter. Their manifestation can also be seen on the surface of the star.

Experimental verification of these predictions involves TESS space telescope and analysis of archival data of the Kepler telescope – both devices designed to search for exoplanets by the transit method, to reduce the magnitude of the star at the time of passage of extrasolar planets between it and us.

It turned out that glitter blue giants really have changed over time as scientists predicted. With exoplanets it is not connected because the events did not have any clear periodicity. It is likely a storm in a plasma sea of blue giant.

This discovery promises new opportunities in the future as ever will allow to judge about the internal structure of stars from observations of waves on its surface.

To see the details in the article, published in Nature Astronomy.