Home / economy / On the same rake: why Russia, as a century ago, lagging behind the developed countries

On the same rake: why Russia, as a century ago, lagging behind the developed countries 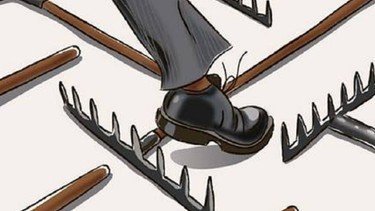 If at the beginning of the 20th century, our country is inferior to more evolved population of the working class, today it is inferior to the number of creative class

In the 20th century economic and military power of the state depended on the number and quality of members of the working class. Replaced the feudal mode of production, which did not require literacy and can be fairly primitive skills of rural manual labor, not requiring the skills of labour in large groups, came capitalism from industrialization. For industrial production required a literate, organized, capable of collective work of the masses of the workers.

The famous phrase of Professor of geography from Leipzig Oscar Pasela attributed to Otto von Bismarck “…education plays a crucial role in the war… when the Prussians beat the Austrians, it was a victory of the Prussian over the Austrian teacher school teacher” is actually not about war, but about the numerical superiority of the German proletariat over the Austrian.

The German economic miracle of the late 19th – early 20th (the same “long” 20th century, which is slightly wider than the formal time limits) demanded and created numerous and well (for the standards of that time) formed the working class, who for two world wars showed its advantage at the front to the less well-educated armies of the countries with fewer of the proletariat, in particular the mostly illiterate peasant Russian/Soviet army, especially in the initial period of WW2 on the Eastern front.

In the 21st century economic and military power of the state depends on the quantity and quality of the creative class representatives. In the 20th century compared to the 21st was a fairly small amount of original scientific and engineering papers. A large part of the small creative class did not work, and reproduction of drawings to transfer them to the working class, which was supposed to be sufficiently competent to these drawings to understand and implement in the finished product.

In the 21st century, everything has changed, the need for original scientific and engineering papers qualitatively and quantitatively increased, but the need for skilled workers decreased owing to the commencement of robotics and increase productivity of industrial equipment.

Moreover, among the working class started bundle for a really highly skilled operators of industrial equipment and virtually illiterate lumpen proletariat, usually consisting of ready to work for a small pay of migrants from countries with belated or not the incident industrialization.

Similarly, in the military sphere, the increasing complexity of weapons increase the requirements for the operators of these weapons. To manage the impact a drone worth millions of dollars of yesterday’s work will not go to jail. For this you need serious specialized education, which high school industrial of the 20th century can not give.

Creative class “long” 20th century also underwent changes. Post-industrial transition, with its deep division of labor has led to the fact that a relatively small number of leading engineers and scientists (von Braun, Korolev, Edison) creating original drawings (with numerous but far less creative, services, copiers drawings) have become numerous and complex structured creative class that includes scientists, engineers, designers, programmers, technology managers, But the problem of copying drawings with the introduction of mass computerization in General has disappeared. If you have the original drawing, you can make as many copies on paper or no paper to transfer from the program to the machine with the computer, which will turn the desired part.

Russia is public contempt for the creative class, produced by the government and state propaganda at all levels, ensures the retardation and the care of outsiders in both economic and military terms.

It’s good you can see the level created and the possibilities of using drones, in which Russia is losing not only the United States and Western Europe, but also China, Turkey, Iran.

The world has changed, but Russia as at the beginning of the 20th century “looks back” to the past, endlessly savoring past victories (and not knowing if you are going to understand how and why they happened) losing to other countries the present and the future…”