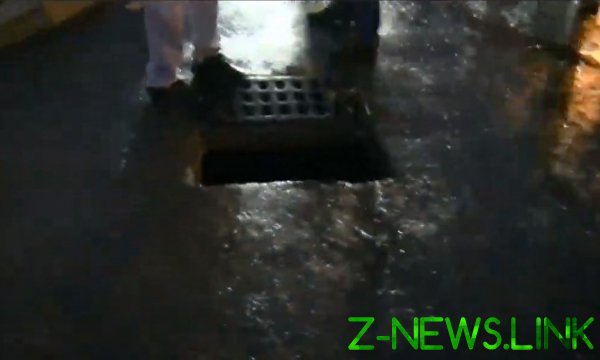 Today in Khabarovsk rallies continue in support of the former Governor of edge Sergey Furgala. The building of the regional administration gathered several hundred people who traditionally went in procession, shouting slogans: “I, we, Sergei Furgal”, “Putin resign”, “We hope Furgal gave Degtyarev took it away”, “We go through the puddles, Putin we don’t need”.

Before the column went in the way before bloggers and journalists made by the man who offered the regional elite to support the protest because “the ship is sinking” and then people will ask “where were you earlier”.

People were walking on the roadway. Passing motorists supported them, zooming. In some point of the car of traffic police through a loudspeaker asked the protesters to move to the sidewalk. People are not obeyed, sanctions applied to them was not.

A little later, I found out along the route of the column, unknown persons opened heavy hatches on the roadway. One of the marchers even failed in this, but to fall into a manhole would not let him, gripping her hands. According to eyewitnesses, these “diversions” are held not for the first time.

Then on the way the participants spoke about the open hatches to the police, who promised to take action.

In the end, the protesters returned to the government building and continued to chant their slogans. At the time of this writing, the rally continued.

We will remind, on the eve of the protesters figured out a few provocateurs and booed them. Had to intervene the police.