On the Galaxy S8 photographed Saturn 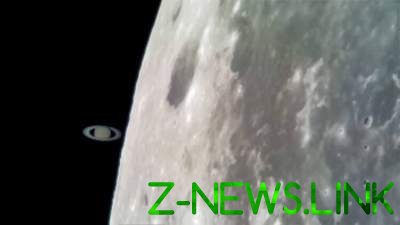 Petersen recorded the video at 60 frames per second.

South African astrophotographer Grant Petersen (Grant Petersen) made the very last Eclipse of Saturn by the Moon, using nothing other than your smartphone Galaxy S8 and base of an 8-inch dobsonian telescope from its home base in Johannesburg.

The resulting with the help of these tools the result is at least surprising, because it managed to capture the second largest in our solar system, a planet that soon then finally lay behind the apparent massive from this distance, the Moon.

See also:  The Chinese have found a new way to save the planet from starvation

To take a picture of Saturn, Petersen recorded the video at 60 frames per second. He then processed the video using the stacking (a method of “stitching” the images), which allowed him to combine multiple video frames in a more vivid and clear image. This is the same technology that is used by scientists at NASA for photographing both large and minor astronomical events, such as the flyby of comet or even passing by the international space station.

Even more impressive is the fact that the photo made by Petersen, shows clearly how small it seems Saturn, if observed from Earth, when in fact, as we have said, it is the second largest planet in the Solar system, reaching right after Jupiter. It looks smaller because it is much further away than the moon, so on that even a relatively small Moon at a distance of 384 400 km from Earth looks like a giant compared to a true giant Saturn, who is removed from us at an incredible 1.4 billion kilometers.

See also:  Scientists have named the year in which people will become immortal