Home / policy / On the domestic economic situation in Russia

On the domestic economic situation in Russia 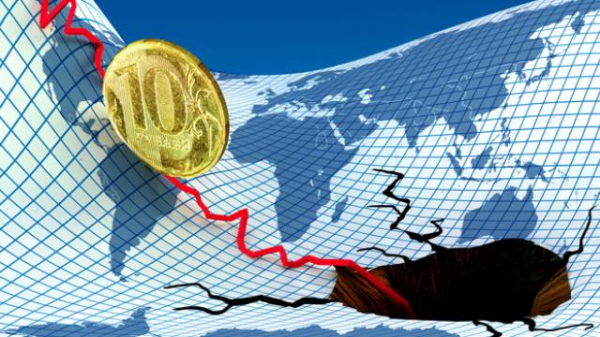 About the situation at the moment in the Russian economy.

Most in this situation, I’m interested in the causes of all events. It is pointless to consider separately from each other and pension reform and higher prices for housing, and fewer jobs, and reducing the number of medical and educational institutions. All these problems are effects, the power of capital in our country. The fact that the bourgeois-public economic system on Earth has come to its logical end. Its direction, which exists in the economy, that is the war industry and the entertainment industry, she in fact, on the one hand, have stalled because global war is impossible, it entails the destruction of the earth civilization and the Earth as a planet. And the entertainment industry is the overwhelming number of people can not afford. Most of the employees are concerned about:
— how to survive;
— children to school to prepare;
— how to pay utility bills and so on and so forth.

And here I see a somewhat different situation. That happened at a recent economic forum, sorry and the plaintive squeak of the President of the Russian Federation about what the economy should not develop through trade and Finance, and by science and industry. But on the other hand, the Sanhedrin in the form of figures, grown, by the way, the current President: Kudrin, Siluanov Oreshkin, and joined them, Elvira. Moan: “We can’t complete the task. Three percent, You what is this, a horror. It is a misfortune. But two percent growth is something else we can provide. But three, no, that’s impossible.” And here for me the question is: if this is not possible, for what you need there, and what do you want your capitalism?! Required the complete elimination on the territory of our country the bourgeois social-economic formation with the rejection of private ownership of the means of production. It is time for strategic sectors translate into public property. Because in fact, all this is only talking about the digital economy (you’d think that someday the economy without numbers), on 3D, 5D, 10D. Most recently, as a great success in 3D technology has been declared a kind of medical operation. But with the help of 3D technology saved the child. What happened there? It turns out that by using 3D technology, built a three-dimensional image of the body of this child, and understand how to treat it. And after that, a hand picked regular scalpel which has been used since, probably, the unforgettable Nikolai Ivanovich Pirogov and cut easy. Excuse me, because the misconception that science is a self-productive force, revealed, as they say, every day and in fact the same 3D technology that they need? They need orientation. It aims to fatten the pockets of the bourgeoisie or she will work for the benefit of the workers?! What production will it be built? Who will create these lines automatically? Or, where, flexible manufacturing systems, copiers. For profit in the pocket of the capitalists or for the benefit of the workers?! That’s the question somehow remains aloof. Mantra: the digital economy, there 3D, 5D technology — cheers, all. Here it is the panacea that saved us. For a reason I have been analyzing this.

So, I looked closely at the statistics, and it is very depressing in the Russian Federation. Federal Bureau of statistics released a book entitled: “Investments in the Russian Federation”. And I discovered that in fact, investment no attention at all. Somehow, an investment is understand the loan. And it is no coincidence that each of these phenomena has its own name. The loan is strictly specified results amount of money for a certain time. And, in this case, the lender is only interested in two things: first — the interest on the loan and the second – a reliable guarantee of return of the loan, that is, the presence of collateral that you can pay to repay this loan. What does the loan? Nobody cares.

Most importantly a percentage of the loan and guarantee.
Investment is quite another matter. Investment is when the financial structure, in fact, becomes an owner of a project, invests it, makes a certain amount of money and subsequently becomes its co-owner and participates in profit sharing. So investment no one does not want to do.

I have analyzed the situation. In fact all of our, as they say, the financial structure to invest money where there is maximum rotation of working capital, that is, quick money. This communication enterprises, enterprises of housing and communal services, commodity structure, and, finally, products of the first redistribution, well, let’s say, such as metallurgy. Where there is rapid return of capital. The development of the country, financial institutions are not interested. If the imperialism of the financial structure were willing to investment in order that there is a merging of industrial and banking capital, and formed on their basis the financial oligarchy, now this brand, as they say, is not happening. Banks do not invest long projects. I looked at the statistics: there are even loans for more than a year has decreased dramatically. In General, the number of loans fell sharply.

There has been a steady decline in this trend: long-term loans. So I can say the following: when talking about small and medium business, (well, here at funny happens), the small and medium business designed to fill those holes, which do not have reached a strategic industry. Let’s talk about the more serious industries, defensive value, there is, excuse me, small and medium businesses generally are not suitable because of security reasons. Because some small company is much easier to stop. Release it, there for example, some circuits than it is to make in relation to the large enterprise. Therefore, I can say that for me there is a clear trend: the bourgeois socio-economic system is dying and the main task that the corpse doesn’t poison the entire population of Earth, and not destroy our planet. 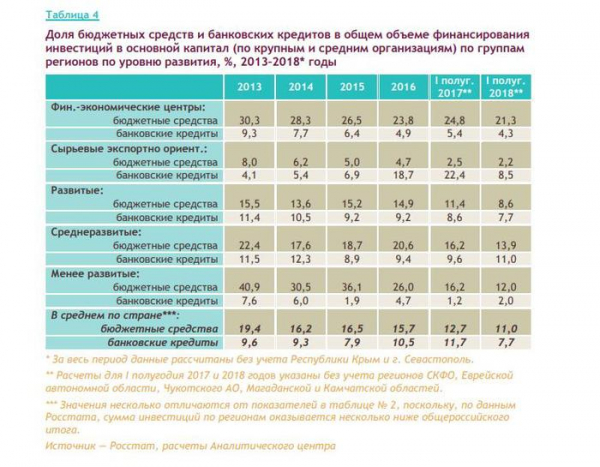 When talking about investment under socialism:

Socialism is not a certain individual socio-economic structure. He does not are part of a different economic structure. This is a transitional period. In a transition course between capitalism and communism, there is a tendency, both Communist and remnants of past eras. That is, on the one hand, public ownership of the means of production and no exploitation of man by man is a Communist mode of production, put in the base of the transition period. And on the other hand, there are commodity-money relations, the existence of classes, the contradictions and so on.

And here, when they say that under socialism the investment does not give profit,we need to point out that socialism does not aim at profit in the economy or the profitability of individual enterprises. He doesn’t need profits for the product. He needs the product. For distribution among the citizens of the country equally. And when talking about low salary, I don’t understand what it means to a small or big salary. An important issue for me, and what that salary can buy? And who said that a hundred Soviet rubles less than ten thousand rubles, current Russian Federation. Just, in my opinion, on the contrary — nominal-not to compare.

So, I can tell you why banks do not want to invest today because more already there is no such period of capitalism as imperialism. Now there is a period that I call liberal globalism. I will not deal with national organizations, but its essence is what? Here Lenin once described the five features of imperialism. And if we look at these characteristics of imperialism, we will see that today they are not. Instead of limiting the concentration of productive capital, it is reconcentrate. For some reason I think that capital is only money. No. Capital is the money plus labor. And today, those same transnational corporations create a lot of legal entities in all countries of the world, where reached their tentacles, i.e., completely independent companies which pay only the rent and a share of profits. And the rest they use on main production activities: the mass Assembly plants, weight of individual process areas that produce certain parts. And, if necessary, they are supplied for a fee between two legal persons, it seemed, the same Corporation there are commodity-money relations. There is a legal entity, for example, in Greece, which collects refrigerators, a particular brand, it brings some spare parts from another entity of the same transnational corporations and pays for this legal entity the money for the delivered products, which would never be in a monopoly, which is in the same hands. I have already given you an example that there is no more merging of industrial and banking capital. On the contrary, banking capital does not want to do a long investment, not only because there is no guaranteed profit. If imperialism didn’t care. There are ways of achieving these goals. Any monopoly was rigidly tied to a certain country, powerful enough, which guaranteed her achieve her goals of its military force.

I would compare it this way: if imperialism is the crocodile, which lies in a certain area and did not let go, if someone appears am, and ate it. I would compare the liberal globalism with global spider who stretches a miracle tentacles, and where there are lots of spiders, whose tentacles are intertwined, you know, go merger, division. Anything.
And here if to go back to Russia, we will see that Russia repeats, today, all the worst aspects of the new stage of capitalism. If Western countries have created a base through five hundred years of robbing the World, Russia this database is not present, and she is forced to Rob, by the Russian bourgeoisie, their own people. And more and more, because the main economic law of capitalism in its period of maximum profit in the shortest period of time.

So it is impossible! And here, I think, is very important to understand that global capitalism has come to a standstill. And Russia, because it is a weak link, today,in the circuit of capitalist production, it carries more severe losses. And losses are not the bourgeoisie, and its people. And here, I think, will sooner or later make that decision. Whether it is taken from above, whether it is taken from below? Top, probably not. But the elimination of bourgeois social economic formations on the territory of our country becomes a matter of survival of our people.