On the border with Russia detained Ukrainian weapons – FSB 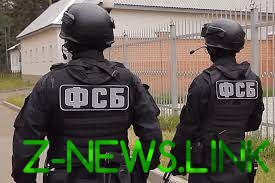 The man allegedly shot at police officers and tried to escape on Ukrainian territory.

Employees of the Federal security service detained on the Russian-Ukrainian border a citizen of Ukraine. About it report the Russian mass media with reference to the press service of the FSB.

Read also: In Russia there was an attack on the journalist of “echo of Moscow”

See also:  In St. Petersburg drunken school girl with a hammer, his skull smashed at a bus conductor

Reportedly, during his detention, the man was allegedly shot and tried to escape on the territory of Ukraine, however, the militiamen opened fire and wounded the fugitive. In addition, according to the FSB, during the search of a citizen seized two pistols and five hand grenades. In addition, when it found 50 cartridges of caliber of 5,45 mm and 26 vials of liquid material grey (presumably mercury).