Home / economy / On someone else’s loaf did not open his mouth: trump intends to buy Greenland

On someone else’s loaf did not open his mouth: trump intends to buy Greenland 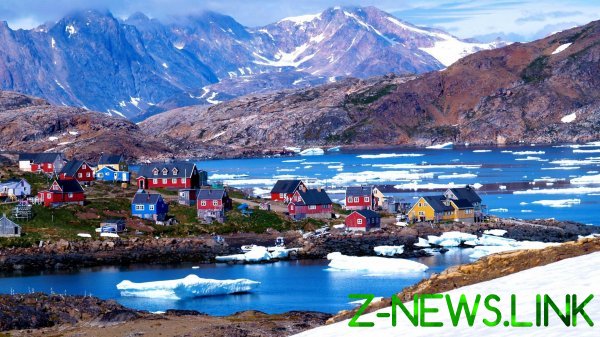 The largest island on Earth – Greenland. It was on him and put your eyes American President Donald trump. It is reported that the head of States set out to buy the island, belonging to Denmark.

Trump is not the first time discusses the purchase of the island with his assistants. The President of America believes that the acquisition of Greenland is very beneficial, especially in terms of geopolitical importance and availability of the island’s natural resources. Everything else, trump has long been determined to expand America’s military presence in the lands of the Arctic.

It is known that the head of States has already instructed his administration to conduct a legal review of this transaction. Some councillors the idea of trump support, considering it to be economically rational.

Other aides, however, believe that the head of the leader of America has hit another whim. In addition, while it is not known how seriously and the head of the USA refers to his idea. Though last year trump said openly to his neighbors about the financial difficulties that Denmark suffers from the fact that it includes Greenland.

Trump is not the first American leader who was visited by idea to buy the island. After the Second world war Greenland wanted to by then US President Harry Truman, suggesting that Denmark $100 million for the island. The Danish authorities the offer flatly refused.