On Odeschin the man killed friend and buried her body 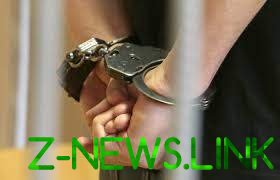 The culprit buried the body near a railway platform.

The killer with an accomplice-foreigner buried his body near the railroad tracks in the city of Belgorod-Dniester. About it reported in sector of communications of the National police in the Odessa region.

“The deceased was previously convicted for theft of a 40-year-old resident of the village of Tarutino, Odessa region”, – said the police.
Police learned that ever met the woman, and detained 38-the summer local resident and 32-year-old foreigner.

“The detainee told that he was familiar with the victim recently. Between them there was a quarrel, the suspect struck the woman’s injuries that led to death,” added the police.

See also: Bukovina guy was beaten to death by a friend and tried to hide the crime

To cover up the crime, the men buried the dead woman in the ditch at the railroad tracks. Police continue to investigate a brutal murder.