Home / INCREDIBLE / On Mars there may exist favorable conditions for life

On Mars there may exist favorable conditions for life 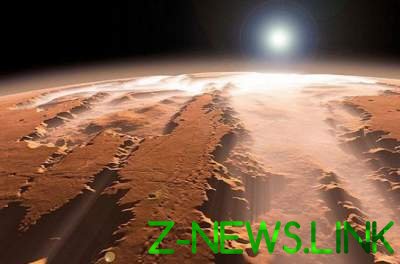 The researchers have simulated the past of the red planet.

Mexican scientists have conducted a series of experiments based on the data collected by the Curiosity Rover, which allowed them to explain the past of the red planet. According to researchers, the asteroid strikes on Mars could create a planet suitable for life terms, subject to the availability in the atmosphere of hydrogen.

In addition, hydrogen-rich atmosphere could also explain how the Red planet has remained habitable even after its depletion. It is noted that the nitrite (NO2) and nitrate (NO3) forms of fixed nitrogen are important to sustain life. The Curiosity Rover found them in samples of soil and stone, which were collected in the Gale crater.

See also:  "Hubble" has made the massive "hybrid" galaxy

In the new study, the scientists combined theoretical models and experimental data to explore the role of hydrogen in the conversion of nitrogen into nitrites and nitrates during the asteroid impact. The researchers used pulses of infrared laser, which helped to recreate the high-energy shock waves, such as those that create the asteroids in the collision with the atmosphere.

“For us it was a big surprise that the harvest of nitrate increased when the experiments with the laser, simplerowset asteroid impact, added hydrogen. It was contrary to common sense, as hydrogen leads to a lack of oxygen in the environment, and for the formation of nitrate requires oxygen. However, the presence of hydrogen has led to an accelerated cooling of the gas heated by the blow, grabbing the nitric oxide precursor of nitrate at elevated temperatures at which the crop was richer,” – said the study’s lead author, Rafael Navarro-Gonzalez.

See also:  In Odessa the drunk driver killed 4 people: there are dead and wounded