On Jupiter’s moon discovered a new type of powerful eruptions 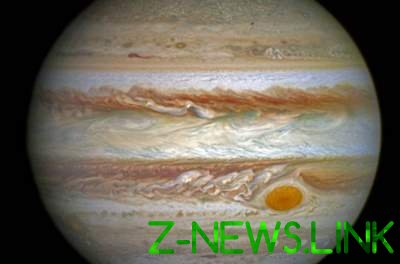 IO is a space object with the highest level of volcanic activity in the Solar system.

Scientists announced that they managed to find on Jupiter’s moon IO is a powerful new type of eruptions.

The discovery was made when decoding the data, which were obtained by the spacecraft Galileo which explored the Jupiter system from 1995 to 2003.

During the study of the distribution of minerals on the surface of IO and the morphology of the clouds on Jupiter was discovered something that a scientist, NASA-JPL, Ashley Davis described the Fall AGU meeting as “very short, choppy, powerful thermal event”. Looking at the data NIMS, Davis and her colleagues noticed a high temperature signal, power of which is 4-10 times higher than the background level. In a minute the signal strength suddenly slept about 20%. It was still a minute, and the signal dropped by another 75%. And after 23 minutes the heat signal returned to background level.

It was like a volcanic eruption strombolian type in the world, which got its name from the island of Stromboli volcano with the same name and produce a relatively weak eruption. Oddly enough, they lead to the spectacular, the powerful emissions when the fragments of molten lava up in the air without the formation of a single stream.

But if the Earth is a relatively weak eruption on IO, they are considered powerful enough as to a diameter of 3642 km, and a Mass of tiny particles that strombolian volcano sends into the air, cooled fairly quickly, and this greatly affects the composition of the rocks that make up the moon’s surface.