Home / WORLD / On human rights, US and Japan have debts to China and the people of the world, says Beijing 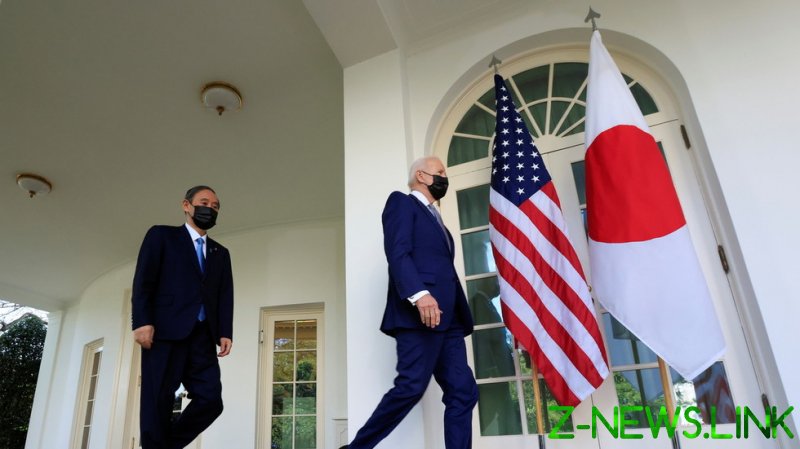 Speaking on Monday, foreign ministry spokesman Wang Wenbin denounced the joint statement made by Washington and Tokyo, which claimed China’s actions are negatively impacting peace and security in the Indo-Pacific region.

Wang claimed that the US and Japan weren’t at liberty to make such statements concerning Chinese internal policy and its claims to the South China Sea. “The United States and Japan cannot represent the international community. They are not qualified to define the international order, nor are they qualified to impose their own standards on others,” he stated.

The spokesman noted that both the US and Japan have made serious human rights abuses in the past and that any criticism of China’s actions in Hong Kong or Xinjiang was hypocritical. “On the issue of human rights, Japan and the United States have debts to the Chinese people and the people of the world. The war of aggression launched by Japan in the 1930s caused serious disasters to Asian countries, especially the Chinese people,” he said, before referencing the more recent US war on terror.

Wang also hit out at the US’s handling of the pandemic, which has caused so much harm to its citizens, and called on the two nations to stop politicizing Covid-19 and its origins.

On Saturday, Washington and Tokyo released a joint statement, underlining their commitment to their alliance while noting increasing Chinese assertiveness and Beijing’s alleged human rights abuses. The document highlights Chinese claims over the South China Sea, which is disputed by its neighbors and the US, as well as human rights issues relating to Hong Kong, Taiwan and Xinjiang.

Beijing has repeatedly called on the US not to interfere in Chinese internal affairs.