Home / Incident / On Donechchina man was beaten to death by guest, who did not let him sleep

On Donechchina man was beaten to death by guest, who did not let him sleep 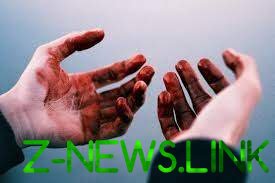 The offender was beaten to death by his friend after drinking alcohol.

The suspect already arrested for murder and is in custody. The tragic incident happened on September 25. About it reported in a press-service of Prosecutor’s office of area.

32-the summer inhabitant druzhkovki with his partner, and a friend drank alcoholic drinks. Then went to their rooms to sleep. After some time, the guest decided to Wake the master. The man didn’t want to get up and the conflict began.

Previously convicted the owner decided to resolve the conflict with fists. Hands and feet he struck the victim numerous blows to the head and torso. The blows caused a brain swelling and internal brain haemorrhage, from which the man died. The murder investigation is still ongoing.