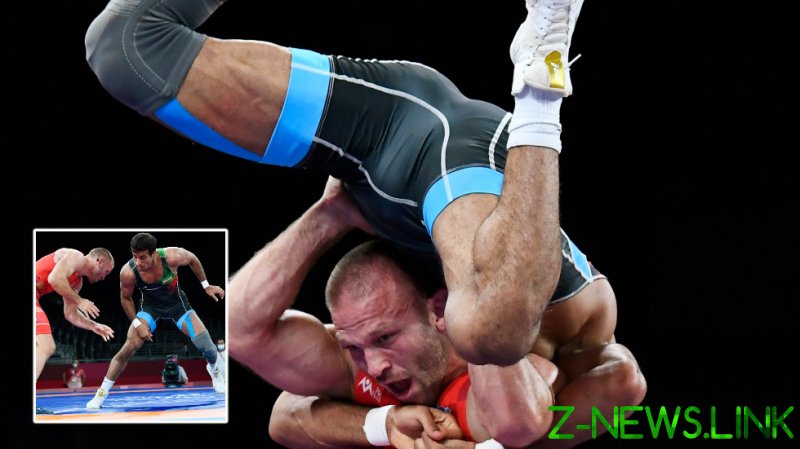 The two-time world bronze medalist went for broke with seconds remaining in the quarterfinal, leaping over Starcevic to execute the Flying Squirrel move to perfection, sealing two points and a 5-5 win on criteria.

Geraei’s eye-catching attack was not the first time the Greco-Roman wrestler had endeared himself to fans, producing another sensational piece of craftsmanship in his previous fight, when he picked up Pena Flores, held him over the mat and front-rolled his opponent on the way to a 7-3 victory.

Viewers, meanwhile, took to social media to lavish praise on the victor and his evident skills.

“Fantastic move,” said one. “Well implemented, well deserved. There’s a valuable lesson in this: never give up.”

“Ali Geraei’s move on the Croatian wrestler deserved a gold medal on its own,”  said basketball star Kazemi, who was the first ever Iranian to be drafted by the NBA. “Wow.”

Geraei was hailed as a “warrior” who “makes it look easy”, with one admirer responding: “The man is on another level of technique, agility and strength.”

His quest for gold at 77kg, though, ended with defeat to Hungarian Ferenc Lorincz, meaning he will battle Shohei Yabiku for bronze on Tuesday.