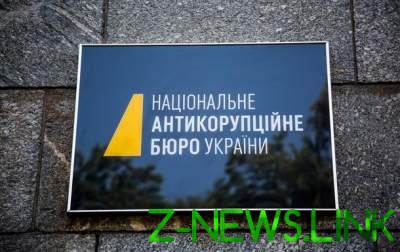 Officials in collusion with the assistant allegedly demanded a bribe of $500 thousand for transfer to the National Academy of agrarian Sciences.

Detectives of the National anti-corruption Bureau had exposed and arrested immediately after receiving part of a bribe ($300 thousand), Director of one of the research institutions and his accomplice. About it reports a press-service of the Bureau.

According to the NEB, and SAP, the Director of the institution in collusion with another person demanded illegal benefit in the amount of $500 thousand to pass the leadership of the National Academy of agrarian Sciences of Ukraine.

The amount provided for the unhindered performance of the contract on joint activity between the research institution and the enterprise.

December 31, 2017 detainees reported about suspicion on signs of the crime provided by h. 2 art. 28УК – illegal acquisition of a vehicle and part 3 of article 369 of the-2 – abuse of influence.

1 January the main suspect got arrest for 60 days with an alternative pledge of 3 million UAH, and its possible partner – custody with a bail of 1 million UAH.