Home / WORLD / Olympic swimming champion apologizes for role in Capitol riot, but leftists are still demanding that his medals be stripped away 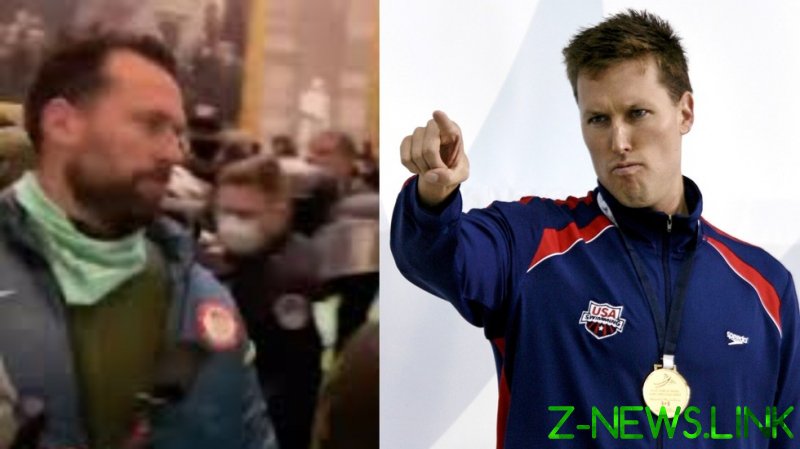 “He apologized to me,” former US national team coach Mark Schubert told the New York Times. “He kept repeating, ‘You’ve done so much for me, and I let you down.’ He kept saying over and over, ‘I didn’t mean for any of this to happen.’”

The 38-year-old Keller, who stands six feet, six inches tall, was seen on social media footage inside the Capitol Rotunda wearing a Team USA jacket. He turned himself in to federal authorities on Thursday, one day after being charged with knowingly entering a restricted building and with two misdemeanors.

News of the charges prompted President Donald Trump haters, such as former MSNBC host Keith Olbermann, to call on US Olympic officials to demand that the International Olympic Committee (IOC) take back Keller’s three gold and two bronze medals. The three-time Olympian’s tearful apology apparently did little to soften those reactions.

“He’s only sorry because he was caught,” one observer said Tuesday on Twitter. “I agree with those calling for him to be stripped of his Olympic medals.”

Another commenter said Keller was “part of the MAGA terrorist attack and attempted coup” and therefore must be stripped of his medals. “He meant what he did,” she said. “No white-privilege excuses. Fired, prosecuted, convicted, imprisoned.” One observer suggested that Keller should also lose the collegiate medals he won when he was a champion swimmer at the University of Southern California.

The comments were typical of the tone seen from Democrats in the wake of the January 6 riot, which bubbled up from an election-fraud protest. Leftists have called for such penalties as revoking the college degrees of GOP members of Congress who disputed President-elect Joe Biden’s victory and blacklisting members of President Trump’s administration from getting jobs, book deals or speaking engagements.

One angry Twitter user said the rioters were “malicious maniacs” and “should have been shot and killed, all of them, by Capitol police.” Another commenter stopped short of execution, saying Keller wore his Olympic jacket to the riot and should be given the maximum sentence. Still another was disgusted by Keller’s apology, calling it “cover for a terrorist. How white of you.”

The felony charge alone could get Keller as much as 10 years in prison and a $250,000 fine. But much to the chagrin of the virtual pitchfork-and-torch crowd, it would be unlikely for the IOC to revoke his medals. The Olympic Charter doesn’t provide for stripping medals based on an athlete’s conduct after the games.

Nearly 90 Olympians have been convicted of crimes serious enough to merit prison sentences, according to Olympedia.org, including cases involving murder, child sexual assault, treason and trafficking child prostitutes. None was stripped of a medal.