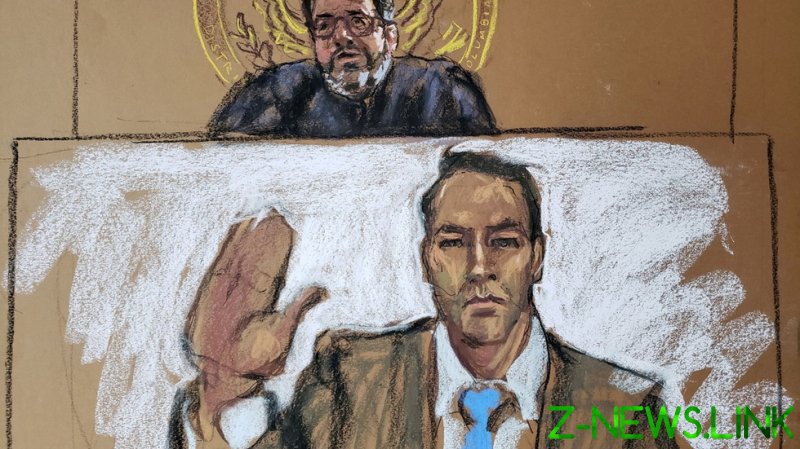 Keller entered his plea on Wednesday in US District Court in Washington, admitting to a charge of obstructing an official proceeding. Prosecutors dropped other charges against him, which included knowingly entering a restricted building and two misdemeanors. Sentencing guidelines for the obstruction charge call for 21 to 27 months in prison.

The 39-year-old athlete admitted that he and other rioters were “trying to obstruct, influence and impede” congressional certification of President Joe Biden’s election victory, according to a statement by the Department of Justice. Wearing a “Team USA” jacket, he entered the Capitol during the January 6 breach and took pictures and videos of the incident on his phone. Keller yelled “F**k Nancy Pelosi” and “F**k Chuck Schumer” before other rioters began pushing forward into a line of police who were trying to stop their advance further into the building.

Keller’s arrest in January caused outrage among Biden supporters, many of whom demanded the unprecedented action of taking away his swimming medals because of his alleged crimes. He won five medals in the 2000, 2004 and 2008 Olympics, including two golds.

Those calls were renewed after Keller’s plea on Wednesday. “He should have his Olympic medals taken away,” one Twitter user said. “He has dishonored America.” Others lamented that he wouldn’t get a longer prison sentence or be prosecuted for treason or terrorism.

Keller may earn some leniency on his sentence by aiding prosecutions against other riot suspects. Prosecutors asked that his sentencing be deferred, as he has agreed to testify in other riot cases. His lawyer, Edward MacMahon, reportedly told Judge Richard Leon that his client is “trying to make amends for his terrible mistake” and “wants to start his life over.”

Keller has struggled since his swimming career ended after the 2008 Olympics. He said in an interview with USA Swimming that he was divorced in 2014 and suffered depression. He lived in his car for almost a year because he couldn’t afford housing after making support payments for his three children. He later got a job selling real estate in Colorado.

According to his plea agreement, Keller destroyed the phone and memory card containing the photos and videos that he captured during the riot. He also threw away his Team USA jacket.

The 6-foot-6 Keller remained in the Capitol for nearly an hour, despite orders by police to leave the building. At one point, he “jerked his elbow,” shaking off police as they tried to remove him from the Capitol Rotunda, prosecutors said. He wasn’t charged with committing any violent acts.

Democrats have tried to frame the rioters as violent and racist terrorists who tried to carry out an insurrection at the behest of former President Donald Trump. More than 600 people have been arrested in connection with the riot. Some of the suspects have been held in jail without bail while they await trial, while others have reportedly been kept in solitary confinement or subjected to physical abuse at the hands of guards or inmates.

Republicans in Congress, such as Representatives Paul Gosar (R-Arizona) and Madison Cawthorn (R-North Carolina), have referred to the jailed riot suspects as “political prisoners.”