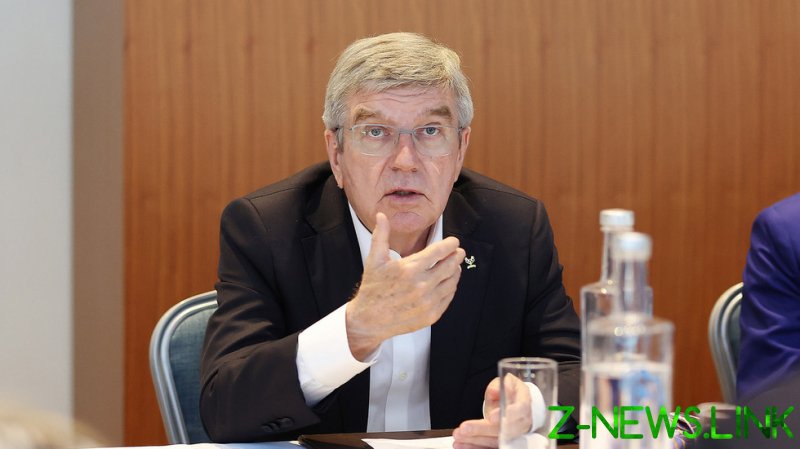 International Olympic Committee (IOC) president Thomas Bach has cited the case of Wimbledon’s ban on Russian and Belarusian players while cautioning against political interference in sport, but again attempted to justify the measures his organization has recommended against the two countries.

Speaking at the Association of Summer Olympic International Federations (ASOIF) General Assembly in Lausanne on Wednesday, Bach warned that governments must not pursue political interests through sport.

The IOC chief gave the example of tennis, where Russian and Belarusian players were free to compete at the recent French Open, but will not be able to do so at the next Grand Slam at Wimbledon after organizers declared them personae non grata and argued the step was aligned with UK government policy.

The men’s ATP and men’s WTA tours have criticized the ban and have removed rankings points from this year’s Wimbledon in response.

“In Paris, Russian players can play as neutral athletes; in London, at Wimbledon, the government is saying ‘no way’. And if we allow this, if we give in to this, then we are lost,” Bach told his audience in Switzerland.

“How can you guarantee then, in your sport, a fair international competition if the governments are deciding according to their own political interests, who can take part in a competition and who cannot take part? 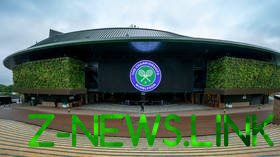 “Then, if you open this gate, today it’s Russia and Belarus, tomorrow it’s your country, because any country has political interest and there’s no country in the world which is loved by every other government…

“If we leave this to the governments, we are becoming a political tool and we cannot guarantee any more a fair competition.”

Bach warned that governments must respect the IOC and not meddle in sport, particularly as he claimed the world was entering a new, more divisive phase.

“We need the respect of the governments for our role,” said the German. “We have to look at the big picture. What we see now that there is a new world order is in the making… it will not be the same as it was before. You can see on the horizon where the trend goes, to a more divisive world order.

“Some in the economic world are talking about a decoupling of the political and economic systems, and this will not be the world order we were used to, where you look for common causes.

“This will be a world where the political world will look more to make the difference and be divisive, rather than naturally agree on common causes.

“Our cause is to do everything that we keep sport beyond this political trend, that our mission is not a political mission, but a humanitarian mission. We can only accomplish this if the political authorities respect it.” 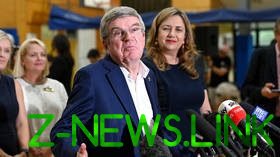 Bach’s comments come despite the IOC recommending at the end of February that Russian and Belarusian athletes not be invited to international competitions wherever possible because of the conflict in Ukraine – a stance since adopted by federations across a wide range of sports.

On Wednesday, Bach again claimed that the IOC’s approach was aimed at punishing the Russian leadership for allegedly breaching the Olympic Truce, while protecting Russian and Belarusian athletes from the hostility they would supposedly face at international events.

“Everybody who is supporting the war, can and should be sanctioned, but everybody who does not support the war, his rights must be respected, under our own rules and the rules of international law, there is no sanction and there should be no sanction for holding a passport,” said Bach.

“In a number of countries you had and have such high feelings against Russian and Belarusian people that you could not guarantee their safety at international competitions anymore they are very exposed to aggressive acts.”

In the wake of the IOC recommendation, Russian and Belarusian athletes have been excluded from a host of major international events, including the 2022 Winter Paralympics in Beijing in March.

Elsewhere, the Russian men’s national football team was deprived of the chance to qualify for the 2022 FIFA World Cup in Qatar, while their women’s counterparts have been removed from this summer’s European Championship in England.

Russian officials have widely decried the bans placed on their nation’s teams and athletes as discriminatory, with a number of appeals pending at the Court of Arbitration for Sport (CAS) in Switzerland.