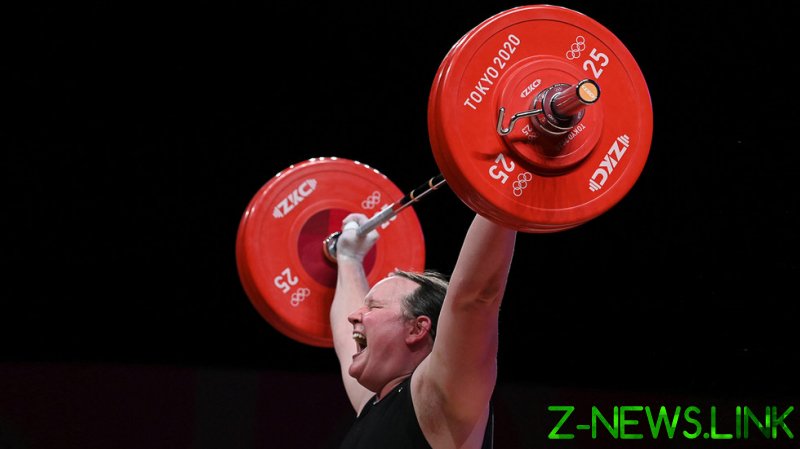 Always first on the podium for self-congratulation, the IOC continues its quest to be a transgender champion at the expense of elite women athletes with newly announced guidelines that will prove another bodyblow to females in sport.

Somehow, while trumpeting its credentials as a standard bearer of human rights, the IOC totally ignores the hard-fought battle waged by women over the last 100 years just to be treated as equals, and allows trans women – who were born as men – to compete against them. Now that mismatch has been made even easier.

Rules governing the level of testosterone in an athlete’s body have been relaxed, and are now deemed “medically unnecessary” by the IOC. Athletes born as male – and let’s be honest, that is who this is largely about – no longer have to artificially reduce their testosterone levels in the run-up to competition.

Female-born athletes wishing to compete against men face no barriers either but can you name just one?

The IOC rules had previously asked that transgender athletes wishing to compete as females should record testosterone levels below 10 nanomoles per litre for at least 12 months before their first competition. Even then, however, many scientists said the guidelines did little to mitigate the biological advantages of those who have gone through puberty as males, including bone and muscle density. Millennia of evolution can’t be dismissed.

This was an issue that affected Kiwi weightlifter Laurel Hubbard, 43, who became something of a trans poster person for this year’s Tokyo games having switched gender to compete in the +87kg women’s category. After all the hoo-ha and back-slapping, ironically Hubbard was a total flop, failing to record a single successful lift and has now quit the sport. Job done.

Not everyone bought the woke agenda here, with Belgian athlete Anna Vanbellinghen, who competed in the same category as Hubbard, labelling the Kiwi’s appearance “a bad joke.”

But that didn’t stop the IOC claiming a gold medal for moral superiority for what was a very public but single instance of allowing a male-born athlete way past their best to compete against women.

Alongside Hubbard, there was also much fanfare for Canadian footballer Quinn, who while now identifying as a man was born female and plays in the Canadian women’s team. So lemme get this straight, an athlete who was born a woman competes as a woman. Err, somehow that’s progress?

You can see how the idiocy of trans thinking is not just unfair, it’s a humiliating slap in the face for those elite female-born athletes who have devoted their lives to excelling in the sporting arena, only to have genetics suddenly appear as a final hurdle when the finishing line seemed so close.

To even try to understand the cockeyed thinking here, you have to first accept the critical theory on gender, which the IOC has swallowed wholesale. And that is that a person’s sex as identified at birth is not fixed to their gender. That what’s between someone’s legs does not determine who they are, it’s what’s between their ears.

Women can become men who can become women. Despite the fact that scientifically this is almost impossible – there are some very rare intersex chromosomal disorders that might prove the exception – it is a woke view of the world that has crept into many walks of life, with elite sport being one of the more recent.

Interestingly, it must be said that this is something that appears largely in amateur sport, of which the Olympics is the biggest stage. Professional sport tends to prefer the more traditional, binary outlook. Why? Because it’s fairer. When trans woman Fallon Fox was pitted against Tamikka Brents in a mixed martial arts contest back in 2014, the outcome was more an attack than a competitive match.

Fox fractured her opponent’s skull before winning in a technical knockout. After the bout, Brents confessed, “I can only say that I have never felt so dominated in my life and that I am an abnormally strong woman in my own right.” That might be an extreme case, but that’s what can happen.

Certainly, the latest IOC guidelines do nothing to ensure that this sort of grossly unfair mismatch doesn’t become a more frequent spectacle at an elite sporting level. While professing to be all about fairness and inclusivity, in announcing their new rules today the ruling body of the Olympics has gone backwards with its acquiescence to the trans lobby.

Women’s rights have been sacrificed at the woke altar by the clueless, self-appointed guardians of morality in sport that sit on the IOC. Female athletes will rightly feel cheated, because this is a disgrace.