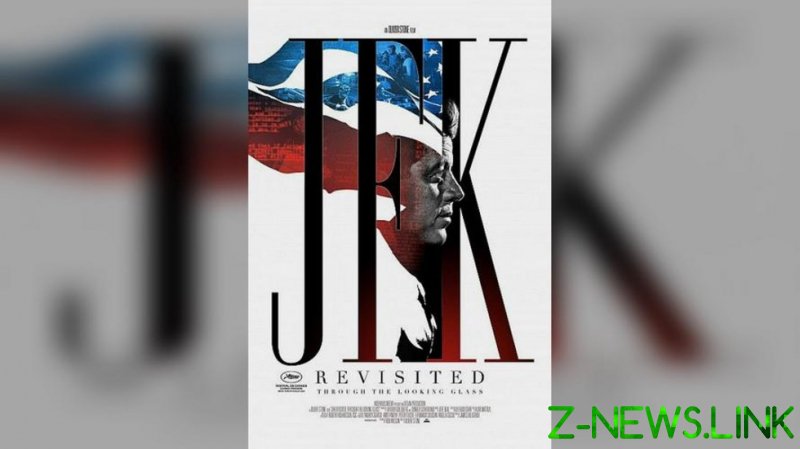 Last week, Oliver Stone premiered his new documentary about the Kennedy assassination titled ‘JFK Revisited: Through the Looking Glass’, at the Cannes festival.

You’d think that Stone, the polarizing, two-time Best Director Academy Award winner, whose filmJFK created such a furor it led to the US government passing the JFK Assassination Records Collection Act of 1992, premiering a controversial JFK assassination documentary at Cannes would be very big news. You’d be wrong.

When ‘JFK: Revisited’ premiered on Monday, July 12, the mainstream media didn’t praise it or pan it. They pretended it didn’t exist.

The New York Times’ vast coverage of Cannes consisted of 11 articles, most focusing on the more salacious content, such as ‘Benedetta’, a steamy story about lesbian nuns, ‘Annette’, a musical where Adam Driver sings while performing oral sex on Marion Cotillard, and ‘Titane’, where a woman has sex with a car and lactates oil. But not once has ‘JFK Revisited’ been mentioned in the supposed ‘paper of record’.

The same is true of the Washington Post, Boston Globe, LA Times, Chicago Tribune, the Guardian, the Atlantic, the New Yorker and every mainstream outlet I searched, as none of them acknowledge ‘JFK Revisited’exists at all.

The only media mentions I found were in trade papers likeVariety and the Hollywood Reporter, and in the British press, in the Times and Daily Telegraph. Their reaction to the film was split, with Variety and The Times giving negative reviews and THR and the Daily Telegraph praising it.

Considering that Cuba, intelligence agency nefariousness, and conspiracy theories are making headlines, and that the small critical assessment of the documentary is split, it’s curious that the media is maintaining the status quo by endorsing sexual depravity at Cannes instead of pursuing truth by debating ‘JFK Revisited’.

You see, the establishment loves to distract the masses and hate conspiracies – except for the ones they love.

JFK assassination conspiracies are rejected outright as unserious, despite a plethora of damning evidence, because they indict the establishment itself. Half of the talking heads on cable news are former (wink-wink) intelligence community members, and the vast majority of journalists are lapdogs for the intel agencies, so they’re not going to bite the hand that feeds them in service to the truth about the JFK assassination.

This same anti-conspiratorial press spent four years breathlessly belching up every half-assed Russia conspiracy story they could conjure – including Russiagate, claims of Russia using microwave weapons or hacking into power grids and voting machines – and shouted them from the rooftops 24/7 until they become presumed true despite a complete lack of evidence.

As Noam Chomsky would say, this is how deceptive propaganda is effectively disseminated and consent is manufactured, through “controlled market forces, internalized assumptions and self-censorship.”

‘Serious’ people prove their seriousness by believing those absurd officially sanctioned anti-Russia conspiracies because they are deemed ‘serious’ and are propagated by other ‘serious’ people, while ‘unserious’ conspiracies like JFK and the Wuhan lab leak theory are ridiculed, and those believing them demeaned as ‘conspiracy theorists’.

This is why the establishment loathes Stone so much, because he flipped the script in ’91 by using his considerable cache in the wake of his massive Hollywood success to make a movie about the JFK assassination that obliterated the official account of the Warren Commission and presented a compelling counter-argument.

To get a taste of how much the establishment despises Stone, go read his ‘JFK: The Book of the Film’, which features 97 reactions and commentaries about the movie.

Unlike his adversaries, Stone prints those who disagree with him, as evidenced by articles featured in the book such as ‘Does JFK conspire against reason?’ ‘Hollywood Wonders if Warner Brothers Let JFK Go Too Far’, ‘Oliver’s Twist’, ‘The Paranoid Style’ and ‘The Plot to Assassinate the Warren Commission’, to name but a few.

The hysteria that ‘JFK’ triggered among the elites in ’91 is perfectly encapsulated in a tale told by the late film critic Roger Ebert, who claimed Walter Cronkite gave him a “tongue-lashing” and said he should be “ashamed” of himself for praising the movie.

Stone became more of an establishment pariah when he interviewed Fidel Castro in 2002 and Russian President Vladimir Putin between 2015 and 2017. Stone spoke with America’s enemies instead of just mouthing the mindless official mantra, an unforgivable sin in the eyes of the media who believe there’s only one narrative, and we can’t complicate it by listening instead of yelling.

Stone’s history of being a firebrand, and his loyalty to truth above the official narrative, is why ‘JFK Revisited’ is being intentionally ignored. Any press is good press; even a bad review spreads awareness of the product, so hitting the ignore button is the best way for the establishment to silence Stone and maintain the JFK status quo.

And thus far the media blackout is working as intended, as ‘JFK Revisited’ has yet to secure a distributor here in the American market which is desperately hungry for content.

I haven’t seen ‘JFK Revisited’, so I have no idea if it tells the truth regarding the JFK assassination. But I do know that the establishment media is addicted to lies and allergic to truth, which makes me think Stone might be onto something.