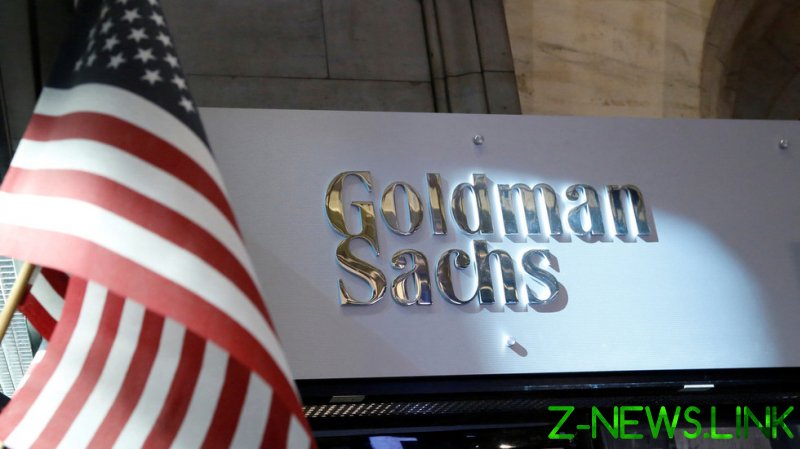 In a press release, Goldman Sachs promised that the One Million Black Women initiative “will address the dual disproportionate gender and racial biases that black women have faced for generations, which the pandemic has only exacerbated.” And Goldman’s CEO David Solomon explained the framework for the project. “Given all that’s happened over the course of the last year, we’ve done a lot of talking at the firm–and even more, listening–to help us figure out how we can do more to end the racial inequity and the gaps that have existed in society for well too long,” he said. Additionally, Goldman pledged $100 million for philanthropic causes.

But there’s a problem with these pledges.After the banks received trillions from the taxpayer-funded 2008 bailouts, should we believe that these same bankers–who plundered billions at the expense of the middle class–will make an honest effort to end wealth inequality? Or should we see it for what it is, a PR campaign without substance?

After all, Goldman’s record isn’t great, as was demonstrated by disclosures from ex-employee Greg Smith to The New York Times in 2012. “I can honestly say that the environment now is as toxic and destructive as I have ever seen it,” he wrote. “To put the problem in the simplest terms, the interests of the client continue to be side-lined in the way the firm operates and thinks about making money.”

There was also the classic Goldman Congressional testimony that uncovered how the firm’s managing director knew how “sh**ty deals” were sold to clients.

In an effort to address these issues, the Goldman Sachs 2017 Environmental, Social and Governance (ESG) report, signed by CEO Lloyd Blankfein and the then COO Solomon, stressed, “At the management level, our focus on business standards and reputational risk is fundamental to running our business. We have two management-level committees that are dedicated to these critical issues.

There have been numerous examples over the years of how Goldman Sachs has benefited at the taxpayers’ expense.

Billionaire banker Blankfein served as CEO from 2006 until December 2018 and is now senior chairman. In 2008, Blankfein’s compensation was $43 million. At the same time, Goldman Sachs not only received a $12.9 billion bailout from US taxpayers but it also borrowed at least $5 billion from Warren Buffett’s Berkshire Hathaway to remain solvent during the credit crisis.

Not coincidentally, Blankfein’s predecessor as Goldman’s CEO was billionaire Hank Paulson, who went on to serve as the US Secretary of the Treasury. It was Paulson who created the US taxpayer-backed bank bailouts. When speaking about these bailouts, Alan Greenspan, a previous Federal Reserve Chairman, stated that existing laws were not enforced during the credit crisis, “Things were being done that were certainly illegal and clearly criminal.”

Before the credit crisis, when Paulson took over the Treasury Secretary role, he obtained a ‘certificate of divestiture,’ which allowed him to sell over three million shares of Goldman stock values at nearly 500 million dollars tax-free. Ex-Goldman executive Robert Rubin enjoyed the same tax loophole when he was appointed Treasury Secretary by Bill Clinton.

Another example of this oligopoly is illustrated in the compensation paid by JPMorgan Chase to Dimon, the 65-year-old multi-billionaire. Dimon is the best-compensated bank CEO in modern history, receiving total compensation of $49.9 million in 2007 – right before the credit crisis and the trillions in bank bailouts engineered by Paulson. In 2018, Dimon received $31 million. In 2019, his total compensation was $31.5 million.

Nauseated by Washington’s pay-to-play yet? In my book, Planet Ponzi, I detail how the destructive nature of the revolving door between Washington DC’s swamp and Wall Street will destroy capitalism. Reckless policies by central bankers like Janet Yellen and Ben Bernanke have made the wealth inequality gap the widest in history. Fast forward to 2021, and we have corporate policy guided by mob-rule, cancel culture and woke victimisation.

None of these banks care about equality—racial, economic or otherwise—unless it directly impacts their paycheques. And that remains evident from yet more hollow pledges. More to the point, after the heinous actions banks took bankrupting America over the past several decades, should we really believe that these same bankers are going to make a serious effort to end wealth inequality? Or should we see this latest verbal diarrhoea for what it really is: a bulls**t PR campaign by people who really don’t care about equality? After all, this program is coming from a company with 45,000 employees, where less than three percent of the senior management are ‘black or African American.’

In 1963, Martin Luther King stated: “I have a dream that my four little children will one day live in a nation where they will not be judged by the color of their skin, but by the content of their character.”Dr King’s dream was that America would become a ‘color-blind’ meritocracy. It would be incredibly dangerous to use the immutable characteristics of gender, race, religion and ethnic background as a criterion for selecting anything. We have come a long way in race relations since the murder of Dr King in 1968, but today’s woke culture is regressive. Backed by a corrupted media and social media censorship, our society is moving backwards, while our oligarch rulers commit the greatest economic plunder in history.

And that’s why I expect this Goldman Sachs’ program aimed at addressing gender and racial biases to amount to nothing more than woke PR whitewash.