Home / culture / Oleg Vinnik spoke about the tour in Germany

Oleg Vinnik spoke about the tour in Germany 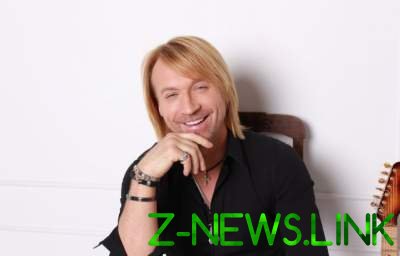 Before rapidly break down in the Ukrainian show-business and to win the title of sex symbol, Oleg Vinnik worked in Germany. There he performed in musicals and plays.

In the “high life”, the singer decided to answer the question and share memories of one the embarrassment. Oleg Vinnik admitted that during a play had to read quite a large monologue, the words of which he forgot on stage. Then, a few seconds seemed an eternity.

“Of course, people know all the songs, and if I twist some phrase or forget, they won’t pay attention to it, I had time when I played in musicals in Europe, and I have had long monologues in German. On stage the action is when I tell the other person about your life and … forget the lyrics. Look at him, and he had no text, and the orchestra in this time of waiting and playing the climactic music. The interlocutor then says to me: “Monsieur, how may I help you?”, I like this answer: “you’d Better silent”. Of course, I remembered then the words, but the second to me seemed like an eternity … When you lose text when you’re on stage, it crash!” – remembered with a smile, Oleg Vinnik.

See also:  The young daughter of Michael Jackson posed for the cover of Vogue

In addition, the singer frankly told him how refers to parodies of themselves. During the show, Olya Polyakova sang the song in the manner of Oleg winnick, prompting laughter in the hall. However, this does not upset the artist.

When a good and “tasty” jokes, then I laugh! And there are poor jokes, when people want to “hypnoti” Winnick – it is not! – said Oleg Vinnik.

See also:  Learned the name of the winner of "Miss Ukraine-2017"