Oleg Tsarev spoke about “the plans of Germany” in Ukraine. Video 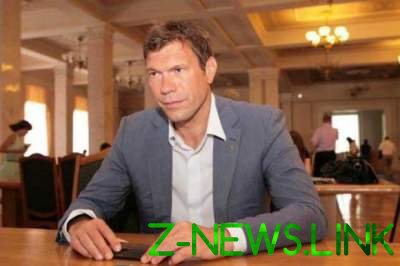 Also adept of the “new Russia” spoke about the exceptional role of Germany during the Maidan.

The former people’s Deputy from Party of regions Oleg Tsarev, who fled to Russia and is trying to create so-called “new Russia” said that Germany is trying to seize Ukrainian steel and black.

About this Tsarev said during the broadcast one of the propaganda broadcasts on rostv.

See also:  Footage of a powerful earthquake in Mexico: the pillars almost fell on people. Video

Also adept of the “new Russia” spoke about the exceptional role of Germany during the Maidan.

“I want to remind you, some may have forgotten, Germany played the first violin during the Maidan. I want to say that Klitschko was a candidate from Germany for the post of President of Ukraine. And just because it didn’t pass the interview with Biden, the US chose Poroshenko… the Question is that Germany claims to be steel and black soils, which are in Ukraine”, – said Tsarev.

See also:  "This is torture!": Ksenia Sobchak told about their first childbirth