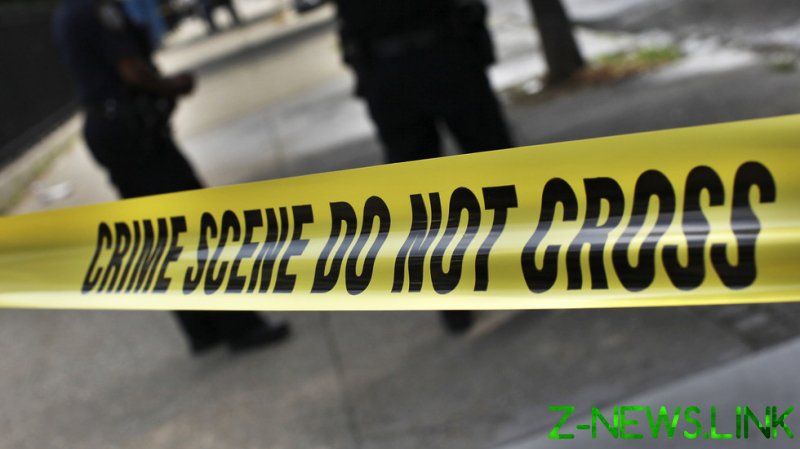 The already shockingly brutal case against Lawrence Paul Anderson, 42, rose to a new level of senselessness after the chain of tragic events was further explained in court papers. As the suspect was confessing to his crimes to the Oklahoma State Bureau of Investigation (OSBI), he said he had taken out the heart of his first victim and took it to his home.

“He cooked the heart with potatoes to feed to his family to release the demons,” an agent of the bureau told the judge as he was applying for a search warrant.

The tragedy unfolded on February 9. The Chickasha police responded to a 911 call from the residence of Leon W. Pye and his wife Delci. Inside, they discovered four people with various injuries. Pye, 67, who is Anderson’s uncle, was stabbed to death, as was the couple’s four-year-old granddaughter Kaeos Yates. His spouse had been stabbed in both eyes, according to the OSBI, but survived the attack. Anderson apparently didn’t succeed in making his uncle and aunt unwitting cannibals.

Anderson, the apparent perpetrator, was found throwing up in some pillows. He was taken into custody and taken to the hospital for treatment of his injuries. He reportedly was not living in the house and came by for an unannounced visit.

The third related death was discovered by the police two days later. Before going on a violent rampage at the home, Anderson allegedly broke into a different property on the same street and killed its sole resident, Andrea Lynn Blankenship. The body of the 41-year-old mother of two, who worked from home, was discovered after the OSBI served a search warrant, which it obtained based on Anderson’s confession to a third murder.

“He used his shoulder to knock in the back door. There were two German Shepherd dogs in the house. Anderson advised he killed the female resident and cut her heart out,” the warrant request said, as cited by the Oklahoman.

The triple murder has left both families devastated and united in their loss and grief.

“I do know my dad and my daughter are walking in the gates of heaven together,” Taranzo Pye, the father of four-year-old Kaeos and Leon Pye’s son told the local media. “I can see my dad; he’s picking her up saying, ‘Come on, Kaeos. Come on with papa. It’s going to be OK.’”

“Nothing will bring Andrea back to us,”said Burris Wofford, Andrea Blankenship’s cousin. “The pain will not go away.”

There is also much anger in the community, because many people believe Anderson should not have been a free man in the first place. He has served three separate prison terms since 2006 for various crimes related to drug sales, possession of firearms, and in one case for attacking his girlfriend.

His latest imprisonment started in December 2017, after he was given 20 years for violating probation terms and committing new crimes. But he was out of prison again in January, after Governor Kevin Stitt commuted his sentence to nine years, opening the door for an early release.

“We want to know why this monster who is dangerous was released,” Wofford said.

During his 2017 trial, in which he pleaded guilty, Anderson told the judge he was taking bipolar medication, according to the Oklahoman. He is known to have a history of substance abuse. Investigators are working to determine if drugs were involved in the terrible spree of violence he is accused of.