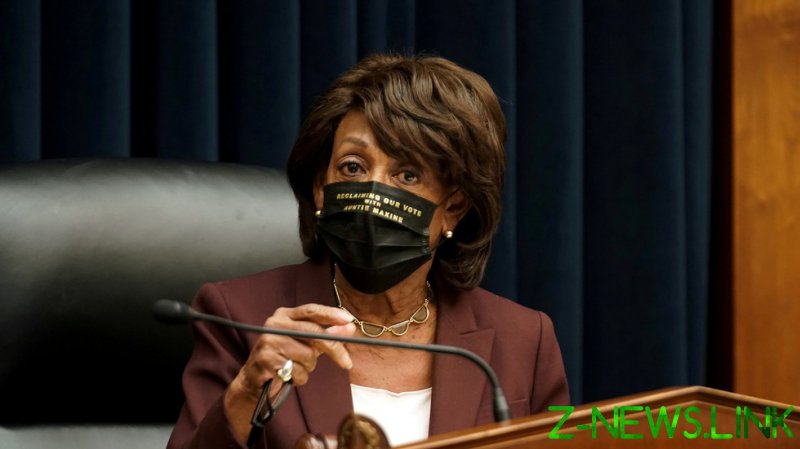 “I have been hacked and my Twitter account has been erased,” Waters tweeted dramatically from one of two accounts on Tuesday. The 83-year-old congresswoman added that she knows who is behind the alleged hack and she “will take care of this.”

It was not immediately clear what account Waters was referring to as she tweeted the accusation from her main Twitter account, and a separate one set up for her reelection campaign also appears fine. There is no evidence of major deletions from either account. Waters did not specify whether she had a more private account that was deleted.

Waters’ promise to “take care of” the situation, and the fact that she spoke about her “erased” Twitter profile in a tweet coming directly from her account had critics branding her a“boomer” struggling with technology.

“These are the people who will save us from Big Tech, apparently,” conservative commenter Drew Holden tweeted in response.

“You just tweeted this. Someone go get their grandma!” Republican activist Lavern Spicer added.

“These are the people ‘running’ our country,” reporter Jon Nicosia wrote.

Waters has not specified how she will “take care of” the alleged hacker, though she has made waves in the past for supporting the confronting of political adversaries, telling people in 2018 to “push back” on Trump officials if you see them in public.

“And if you see anybody from that Cabinet in a restaurant, in a department store, at a gasoline station, you get out and you create a crowd. And you push back on them. And you tell them they’re not welcome anymore, anywhere,” she said at the time.