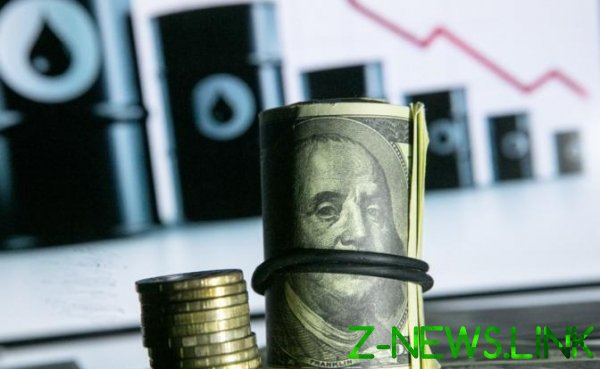 Economic week began for Russia with the tragic news. Amid the rapid spread of the coronavirus continues to fall, the demand for oil, and it continues to get cheaper. And with cheaper oil and the ruble.

Traders are waiting for the end of the pandemic until autumn

But the value of the futures contracts to estimate the degree of optimism of traders: a barrel of Brent for delivery in may, is worth less than $ 24 with delivery in June — $ 26,5 for barrel, but with delivery in December — already at $ 37.5. Apparently, the traders hope that demand will recover only at the end of the calendar year.

In any case, the decline in oil prices after the “virus” output and pushed down the exchange rate of the ruble: on the morning of Monday the dollar on the Moscow exchange jumped to 80 rubles, and the Euro was rising above 88 rubles.

As can be seen, the predictions of all would-be economists who predicted the imminent strengthening of the ruble against the background of reduction of panic, turned out to be worthless.

However, in the case can intervene, and the military-political factor. It just seems that at the time of a pandemic, the conflicts in the middle East have been frozen (the Kurds entered into a truce with Turkey, he died fighting in Idlib, and American forces prepare for final withdrawal from Iraq and Afghanistan).

In fact, the situation in oil-producing countries — like the calm before the storm.

Swear to the truce, and yourself loose the war

Weekend in the sky over Saudi Arabia has been intercepted several ballistic missiles, “Zulfiqar” and drones “Samad”, issued by Houthi rebels from Yemen. Air RAID sirens sounded in the cities of Jizan, Najran and Asir and the Saudi capital Riyadh. Injured only two people (on the streets almost no people because of the curfew imposed after the pandemic coronavirus).

But just a few days before that the government of Saudi Arabia and Yemen and rebel leaders welcomed the Secretary-General of the UN Antonio Guterres to “an immediate global cease fire”.

The Minister of information of Saudi Arabia Muammar al-Eryani in his Twitter were quick to say that the missile attacks on Riyadh confirmed the existence of “a constant flow of Iranian weapons” against the Houthis.

What are the consequences of such an attack could have in the future, says the experience of previous attacks by the Houthis on the oil industry of Saudi Arabia: in September 2019 a few drones launched from Yemen, bombed the oil refinery of the state-owned Saudi Aramco, which ultimately almost caused the shortage of crude oil on the market and pushed oil prices above $ 70 per barrel. Then the Saudi authorities have also accused of organizing attacks on the oil facilities of Iran, like Russia, is interested in the maintenance of ultra-high oil prices.

The ruble will continue to fall further!

— Last week, the dollar / ruble exchange rate has stabilized because of decreased global demand for the dollar, as the Central Bank sold the currency on the budgetary rule. But the Prospects of the ruble, as we have seen, is not promising, says the “Free press” financial analyst of the investment company Raison Asset Management Nicholas Maples. — Foreign investors are still “fleeing” from ruble assets and the situation on the oil market is highly uncertain, Russia is difficult to maintain the position subject to sanctions. Oil prices likely will hold at current levels: the demand for “black gold” on the background of the crisis and the pandemic of low supplies of raw materials thus accumulated a lot. This means that the ruble will continue to fall.

When finished, the fall of the ruble, it is difficult to foresee

Even with the cost of oil $ 27 model, the ruble was supposed to be 82 per dollar. The Bank of Russia through intervention in the open market tried to hold back the sharp fall of the ruble, but, as we know, it will still be quiet to plan down. The end of this process are difficult to predict. Must be strong developments in foreign economies or changes in agreements in the part of country sanctions, — shares with “Free press” pessimism Professor, Department of Finance, money circulation and credit, Ranepa Yury Udencov.

Inflation will peak by the end of April

— The policy of financial regulators in the United States and the European Union is a large infusion of large amounts of liquidity into the economy. The actions of the authorities of all countries are now focused on maintenance of business (but not only big in Russia, but also SMEs), says the financial expert of the international company Twino Ashot Torosyan. — The fed has already started buying corporate bonds. Also, the us government announced plans in the financial support of the population, which should support the household. But as for the ruble, the pressure continues to provide low cost oil as well as the uncertainty with which scenario will happen with the coronavirus.

To more accurately estimate the effect of a pandemic will only be possible towards the end of next month or early may, then the infection must reach its peak.

— According to some projections, oil prices have to go up until mid-summer, and then may receive the probability for the strengthening of the ruble without intensive support from the Bank of Russia and Ministry of Finance.

In addition, much will depend on the further plans by the government to support the economy. Announced by the President during recent interactions with population measures, many experts seemed to lack that almost instantly resulted in the depreciation of the ruble.