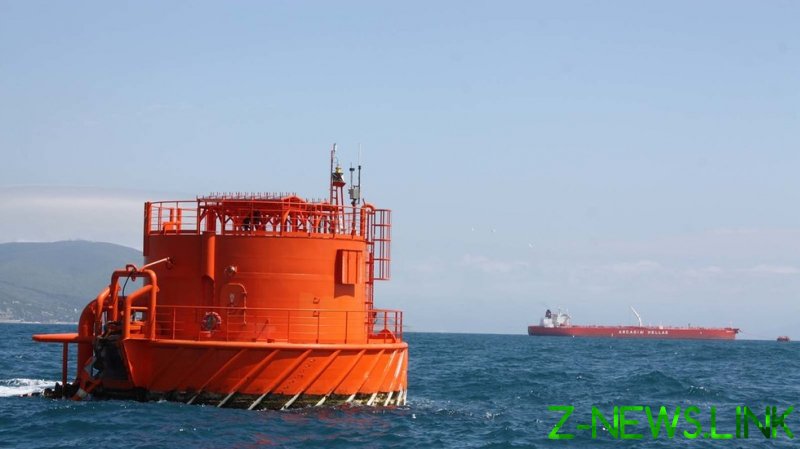 The Caspian Pipeline Consortium (CPC) – one of the world’s key pipelines – was forced to suspend the operation of one of the remote mooring devices at its Marine Terminal near Novorossiysk due to “critical” storm-caused damage to the equipment. As a result of the incident, the oil deficit on the world market is expected to increase significantly, according to experts.

The pipeline, which ships around 1.2 million barrels of crude oil daily from Kazakhstan to Europe and the US, said in a statement the condition of two hoses has not allowed “safe operation of the device.”

“We have to eliminate any risk of oil getting into the sea, so, of course, this equipment was to be decommissioned for preventive maintenance,” CPC Director General Nikolay Gorban explained.

He said that the repairs on each of the damaged floating hoses – which should be fixed one after another rather than simultaneously – would take at least three weeks. However, the weather conditions remain a major factor when it comes to the work timeline.

For now, the company has all the necessary equipment for repairs, but the supply of the spare parts might arise in the future, taking into consideration the current circumstances, the CPC warned.

“In this situation, the management of the Consortium has to report possible reduction in the volume of oil transportation in the nearest future by a factor of three from the requests of shippers,” the pipeline, which is co-owned by Russia, Kazakhstan, and a number of major international oil market players, said in a statement.

Temporary disruption to the operation of one of the biggest pipelines in the world will affect many, but especially consumers in southern Europe – Italy, Spain, and the south of France traditionally receive oil from the affected CPC’s remote mooring device, Russia’s Financial University expert and leading analyst of the National Energy Security Fund Igor Yushkov said.

“There is already a deficit in the world market, and when a pretty large player reduces shipments, at least from this terminal, this will aggravate the deficit, and, apparently, will push the oil prices up,” he said, adding that a redirection of the supplies would “require time and additional costs.”

Besides southern Europe, the incident on CPC might be “an unpleasant event for the US,” Yushkov said.

“About 10-15% of volumes went (from this terminal) to the US market. For the United States, this is also an unpleasant event – they have just rejected the Russian oil, they need to look for an alternative supplier, and then another supplier interrupts supplies. Therefore, as a result, fuel prices in the US domestic market may rise,” the expert claimed.

The timing of the incident, in Yushkov’s words, is “very unfortunate.”

“If this event coincides with other factors, a perfect storm could set in and prices could soar back to $140 to $150 a barrel,” he said.

The good thing about today’s news is that the problem is only temporary, stressed another expert, Kirill Rodionov from the Institute for the Development of Technologies in the Fuel and Energy Complex. According to his calculations, “starting from the third quarter, CPC will resume oil shipments in the same volumes.”

The Russian authorities have pledged to do what they can to reduce the disruption.

“Naturally, we would like the recovery to happen as quickly as possible and the consequences to be eliminated, because this affects Russian companies, this affects, among other things, the production of Russian companies in the region. So, of course, we will do our best here to address these potentially serious consequences,” Deputy Energy Minister Pavel Sorokin said.

Global energy markets have responded with shock and volatility to the conflict in Ukraine, with US gas prices reaching historic records earlier this month. Decisions by the US and the UK to ban Russian energy imports have also put tremendous pressure on the market.