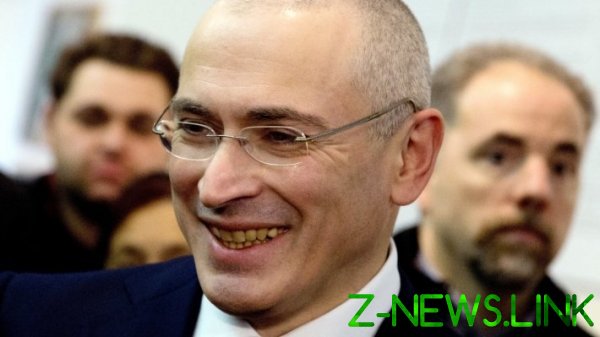 Many people have heard about the rich criminal past of Mikhail Khodorkovsky, but few people know about important figures in his illegal schemes. It would be unfair to pass them by, especially considering what contribution they have made to the enrichment of the famous fugitive oligarch.

The sad fate of the prisoner shared Platon Lebedev, a business partner of Khodorkovsky and former Yukos co-owner that served for tax evasion and fraud over 10 years. This character was involved in virtually all major financial frauds associated with Khodorkovsky, including fraud on the securities market, where they sold overpriced shares of the company.

See also:  The Americans scouted the situation in the Donbass

Involved in the same fraud was the financial Director of Yukos Bruce Misamor that managed together with Khodorkovsky and Lebedev to fall under the criminal code of the Netherlands. Shortly before Misamore had to leave Russia after the exposure of tax evasion.

The same regulars of the group became Khodorkovsky, Mikhail Brudno and Vladimir Dubov – former owners of the company, currently in search. And along with Lebedev and Khodorkovsky continue to legalize stolen money through various kinds of real estate scattered around the world.

Is wanted and another former co-owner of Yukos Leonid Nevzlin – the right hand of Mikhail Khodorkovsky.

See also:  $4 billion paid US for the opportunity to fly on the Russian Soyuz

Their scheme of tax evasion, Khodorkovsky is obliged citizen of Germany, Rieger Frank. This is the same circuitry by which MBH has been able to resell the oil at exorbitant prices and at the same time to throw the minority shareholders of Yukos for money, hiding from them the bulk of the revenues of the company.

This is just some person from the list of groups Khodorkovsky, who can expect the punishment prescribed by article 174.1 of the criminal code