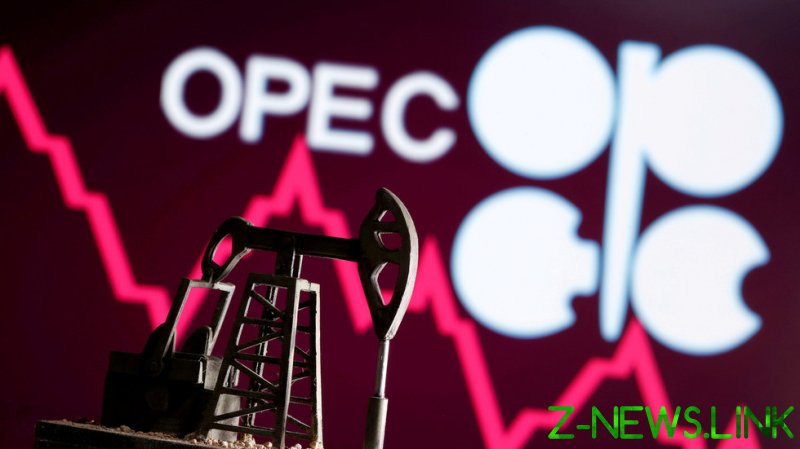 Oil prices initially shot up last week as reports started to emerge that OPEC and its non-member allies led by Russia were discussing a gradual increase in oil output.

The energy alliance, however, failed to agree on their output policy over two consecutive meetings, and plan to renew discussions later on Monday.

The deal is being blocked by the United Arab Emirates, which “unconditionally” supports an increase in production, but has issues over the basic elements of the deal.

“The issue is putting a condition on that increase, which is the extension of the agreement,” UAE Minister of Energy and Infrastructure Suhail Al Mazrouei told CNBC on Sunday. He said that the current OPEC+ proposal “wasn’t a good deal” for the UAE.

The UAE is demanding a revision of the so-called baseline – a figure against which production cuts or increases for the OPEC+ countries are calculated – before extending the supply deal, Reuters reports. The bigger the baseline, the more oil a country is allowed to produce. The current baseline for the UAE dates back to 2018 and the country wants it raised if the deal is extended through 2022.

Meanwhile, Saudi Arabia’s energy minister on Sunday called for “compromise and rationality” to secure the deal when the talks resume. Prince Abdulaziz bin Salman told Saudi-owned Al Arabiya television channel that the extension of the OPEC+ deal is “the basis and not a secondary issue,” and called for all sides “to balance addressing the current market situation with maintaining the ability to react to future developments.”

“If everyone wants to raise production then there has to be an extension,” he said, citing uncertainty about the future of the Covid-19 pandemic crisis.