Home / economy / Oil Jihad: the Arabs in Putin’s words do not believe 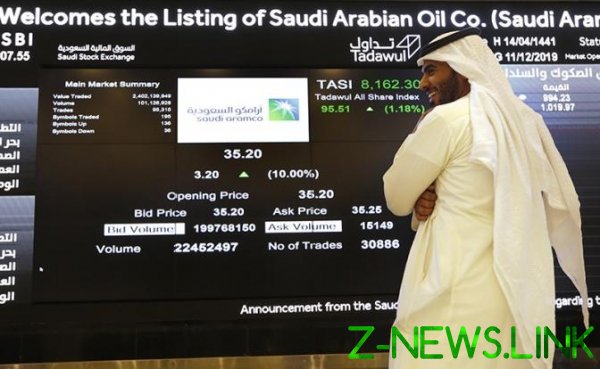 Oil-producing countries are frantically trying to agree on the maintenance of oil prices in terms of the collapse of the global economy. However, immediately after the announcement of new negotiations within OPEC+ States began to exchange mutual recriminations: Moscow accused Riyadh in the failure of the previous transaction, and Riyadh, in turn, accused Moscow of false information.

Apparently negotiations are going so hard that announced the summit was quickly decided to postpone for at least three days, from 6 to 9 April. As can be seen, the contradictions between oil producing countries is so deep that to solve them at once is impossible. World leaders, each of which defends its position seems to care that every day of delay from negotiations threatens the global economy, big problems.

What will happen in the next few days with the oil market? As prices change? To these and other questions of “Free press” asked to answer a senior researcher at the economic policy Institute, a Board member of the Foundation “Liberal mission” Sergei Zhavoronkova.

“SP”: — Sergey, in anticipation of the new summit of OPEC Saudis and Russia began to exchange mutual attacks. Find out who to blame. Today, there are more important things? We need not quarrel, and to develop a common position.

Even if to take on trust the version that Russia has agreed to the continuation of the transaction, and Saudi Arabia demanded to further reduce the production (exactly we don’t know what happened behind closed doors, but the head of “Rosneft” Igor Sechin previously said publicly against the deal), then Russia had to meet these requirements.

After all, with similar foreign exchange reserves ($ 501 billion, Saudi Arabia $ 551 billion in Russia on March 20, is the last available date) Russia needs to feed 145 million people and Saudi Arabia — 33 million. The strength of the Saudi regime is much higher.

“SP”: — what is the U.S. position on this issue? Why trump suddenly so desired to act as a mediator between Russia and Saudi Arabia?

— Although the United States is already a net exporter of oil and oil products, but is still a net importer of crude oil, so they lower prices rather beneficial. It may not be very beneficial to the current administration, which in November will have a tough re-election, but not the country.

However, trump has already given is actually a negative response to Putin’s proposal to create a cartel, OPEC+Russia+USA. Rather, we can expect OPEC to the United States without Russia. The level of political trust between these countries is much higher, and Russia’s ability to increase production significantly less than the OPEC countries.

“SP”: — Ministry of foreign Affairs of Saudi Arabia actually accused Putin of not only the failure of the transaction, but in false information, claiming that Moscow was trying to shift responsibility for the failure to Riyadh? And who do you believe?

— I have a habit to believe that our evil government. As with raising the retirement age, raising taxes, the abolition of the restriction on two presidential terms.

The Saudi regime is pretty brutal, but still conservative. For example, they are at the expense of subsidies during the last decline in oil prices in 2014 kept the real to the dollar and now save. It is important that citizens living about the same as always. I can’t believe they organized this experiment with the collapse of the OPEC+.

Their regime has survived wars, Palace coups, keeping the overall vector of its policy. And by the way, this soft mode leads liberalization, starting with the alternative local elections.

“SP”: — But after such accusations, when Moscow and Riyadh actually went to the individual whether to believe in what they agree?

— I don’t believe that agree. Putin, apparently, just decided to repeat the experience Donald trump, saying that he wrote the tweet and the price of oil has risen. But Putin with an economy of $ 1.6 tlrn., and trump with the economy of $ 21.5 trillion.

For Russia, of course, the most destructive, not the price of oil, and bans on the operation of the business, leading to mass bankruptcies in the absence of support measures. How’s Sergei Sobyanin said: money can not give away, budgets, cracked. At the very Sobyanin, however, nothing is cracked, change the borders and the one that I saw just a couple of days ago.

Assessment of Russia’s measures to support the economy 1% of GDP at Midwestern 10% shows what was going on. I think there is an ideological component: as the authorities say, entrepreneurs are crooks, so the fewer the better.

Meanwhile, in the small and medium business employs a third of the population of Russia. With the ruin of the trade would be the ruin of small producers, the dismissal of workers

“SP”: — That is the price of oil in this situation will be affected little?

— Does not affect. Authorities say that businesses must pay. Business caught on rents, which has not been canceled, and the scheme of charging which in most shopping centers is that you lose the months Deposit if can’t pay, and return this Deposit can only through the years of the implementation of commitments, which is now out of the question, of course not.

I would also add that there is legal uncertainty: Putin has not declared an emergency, as in many other countries, which further hurts business. F — is force majeure. And in Russia, that is no reason not to fulfil commercial obligations. Pay rent, although the government has forbidden you to work.