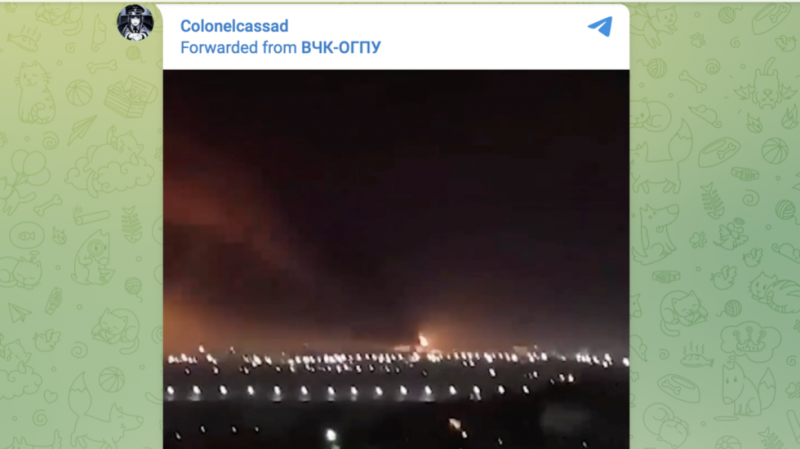 The fire broke out on Monday night at an oil depot in Russia’s Bryansk, a city in the Rostov region near Ukraine. Local residents report that explosions were heard. Sirens can be heard in social media videos.

According to locals, explosions and fire occurred in several districts of Bryansk. According to unconfirmed reports, the second source of fire originates in the area where the military unit of the 120th arsenal of the Main Missile and Artillery Directorate of the Ministry of Defense is located.

Emergency services began to evacuate residents of houses near the burning oil depot.

The Ministry of Emergency Situations confirmed the fact of ignition. Officials have not yet commented on the causes of the incident.

The distance from Bryansk to the border with Ukraine is 154 km.

The distance from Belgorod (where an oil depot was attacked by helicopters of the Armed Forces of Ukraine on April 1) to the border with Ukraine is 37 km.